No Break From The Rain

Wednesday was a dry day across the Stateline, but don't get used to it. More storms are right around the corner. 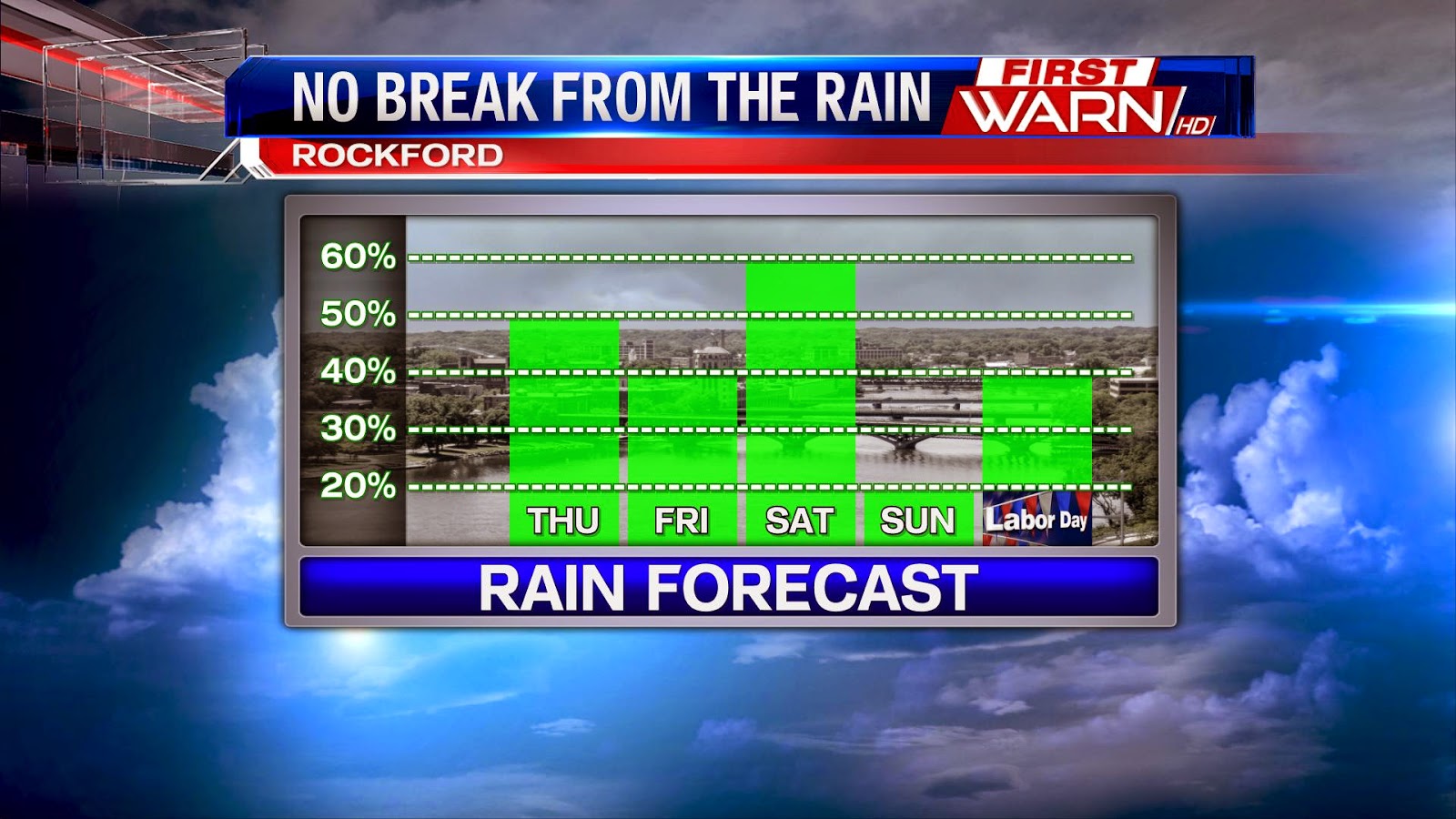 Thursday will be our next chance for showers and storms. Storm chances will be slight in the morning, but increasing throughout the day with our best chance for stormy weather arriving Thursday night. Friday will see more scattered showers and storms with the heaviest rain holding off until overnight Friday and into Saturday. Rain chances will drop significantly for Sunday with a few more storms possible on Labor Day. 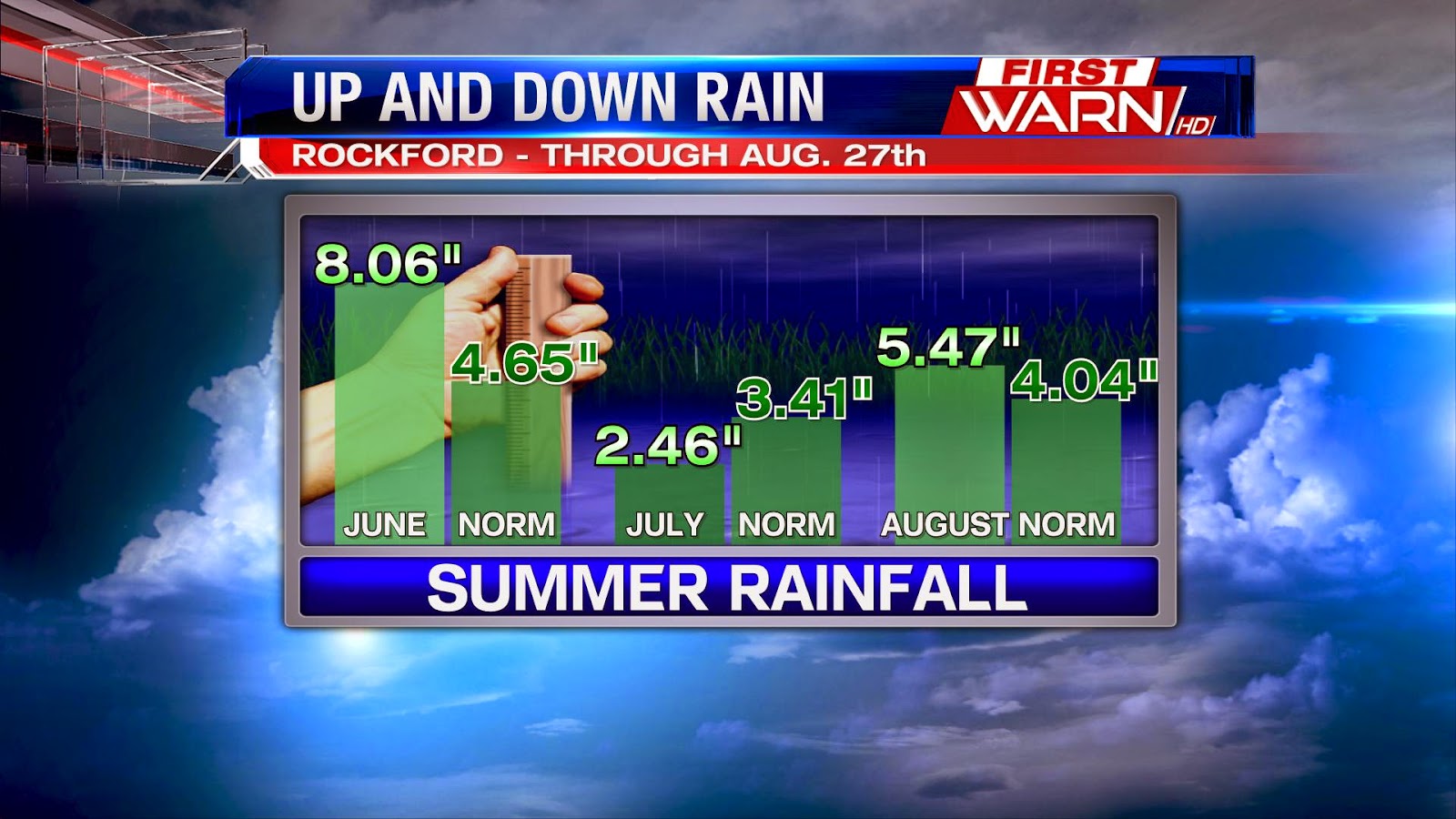 While soggy weather could put a damper on week 1 of the high school football season and any other plans you have this upcoming holiday weekend, it will also bring rain that we don't necessarily need. As of Wednesday, Rockford was an inch and half above normal for August rainfall. If the models hold, another 1"-1.5" of rain could be possible through Monday. -BA
Posted by First Warn Weather at 6:00 PM No comments:

The big story on Monday was a line of storms that dumped heavy rain and strong winds on the Stateline. Here are the viewer viewers we have received of the storms. If you want to share your weather pics with us, you can e-mail them to weather@wtvo.com. -BA 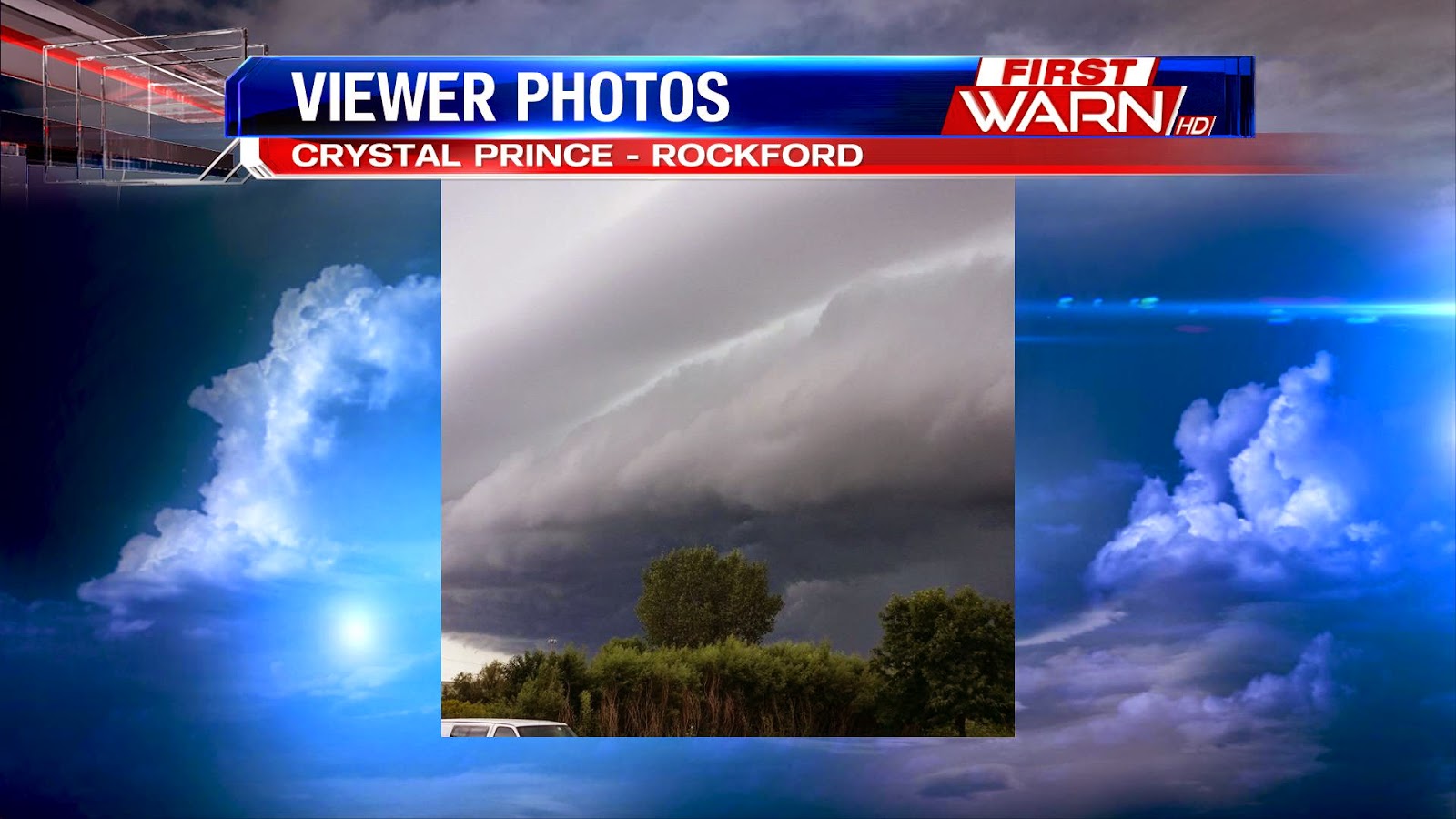 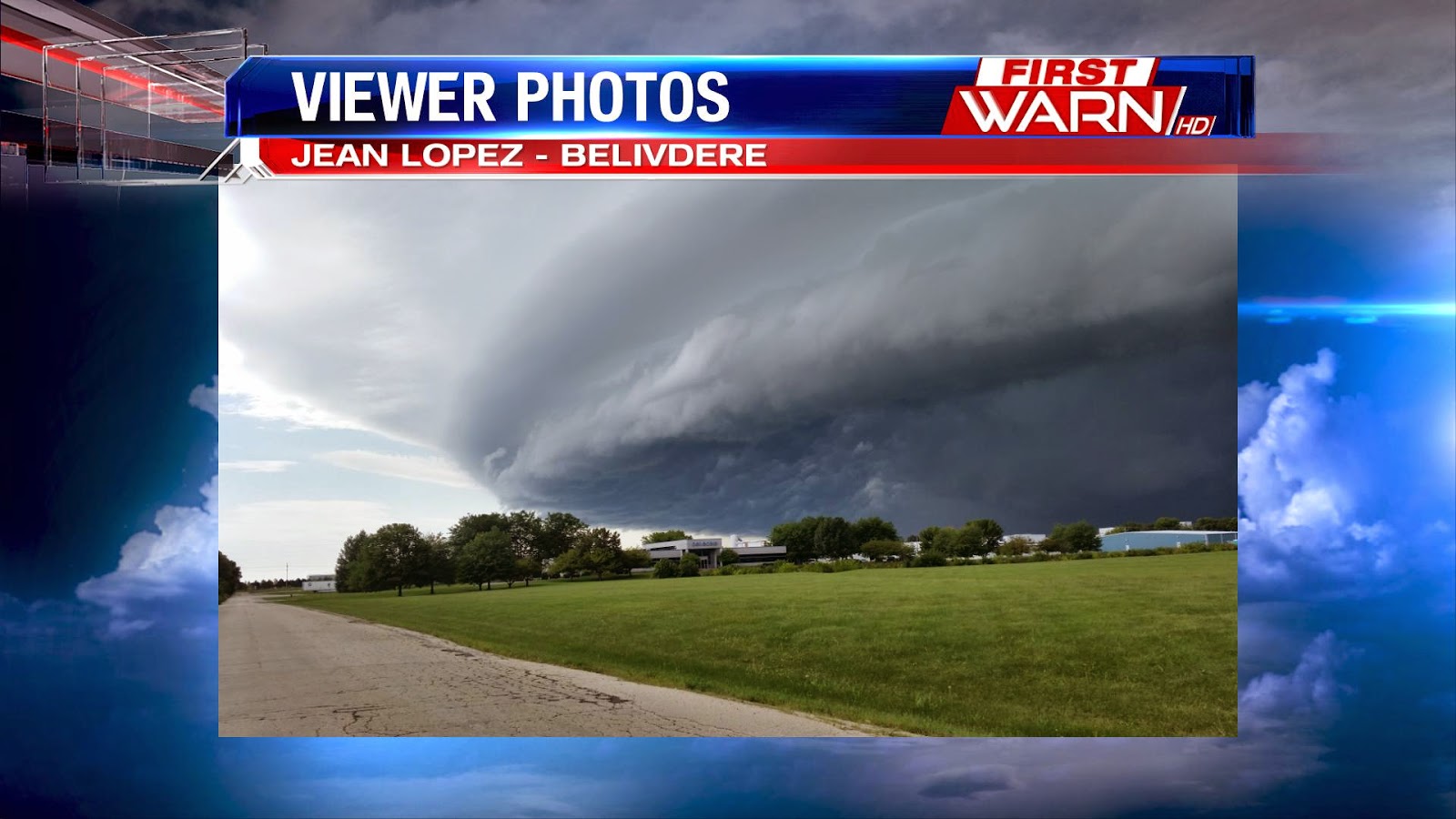 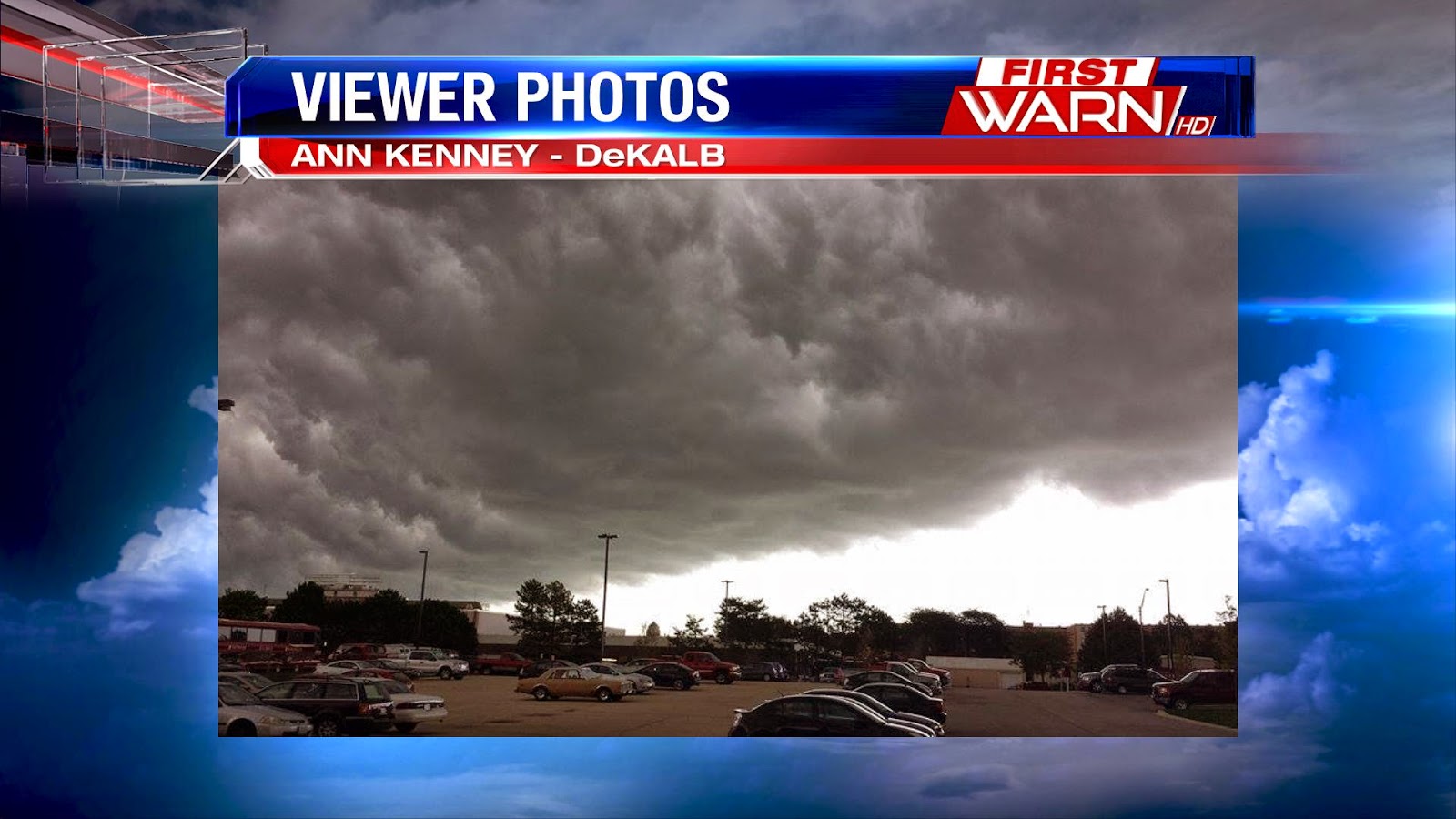 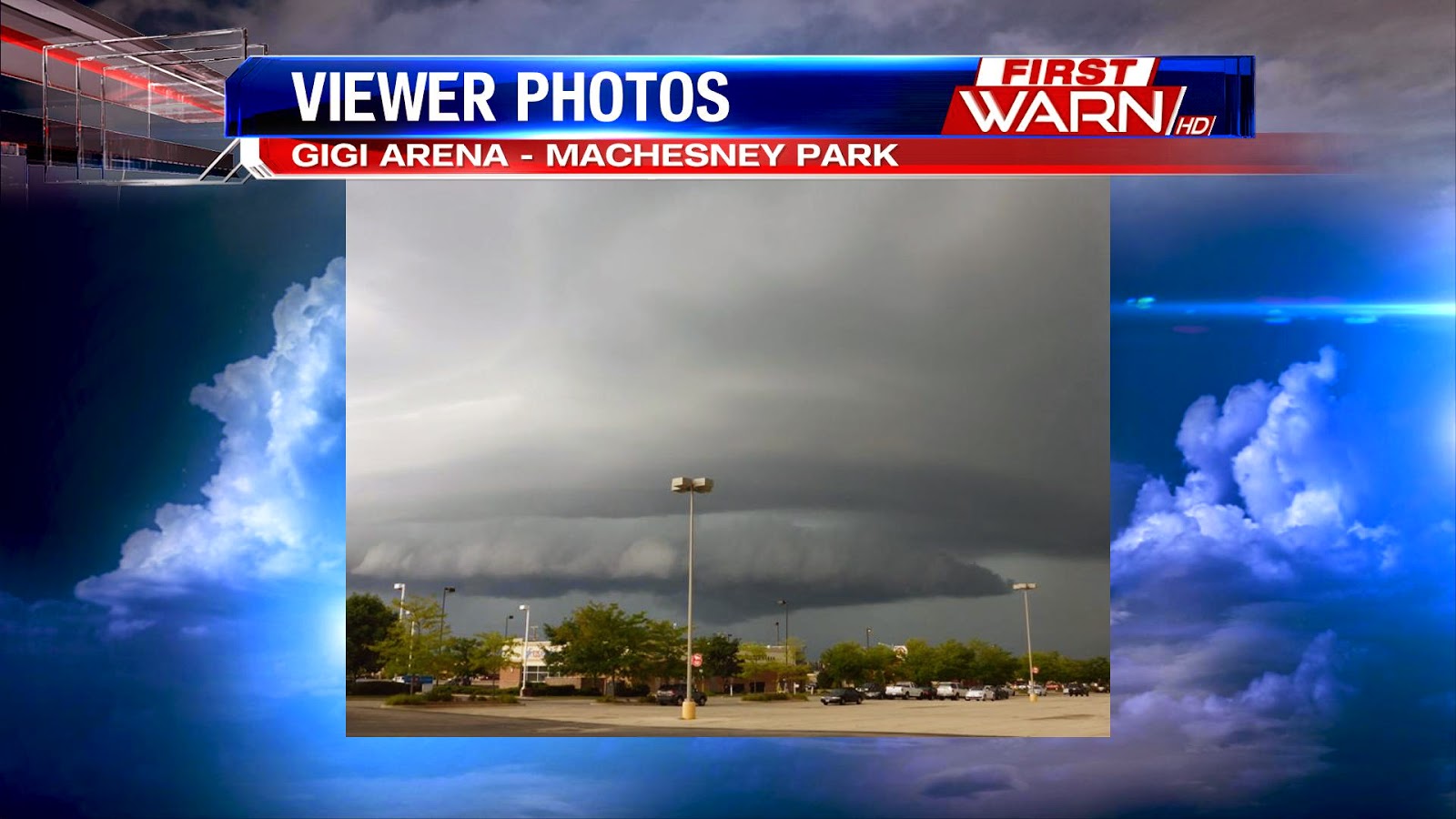 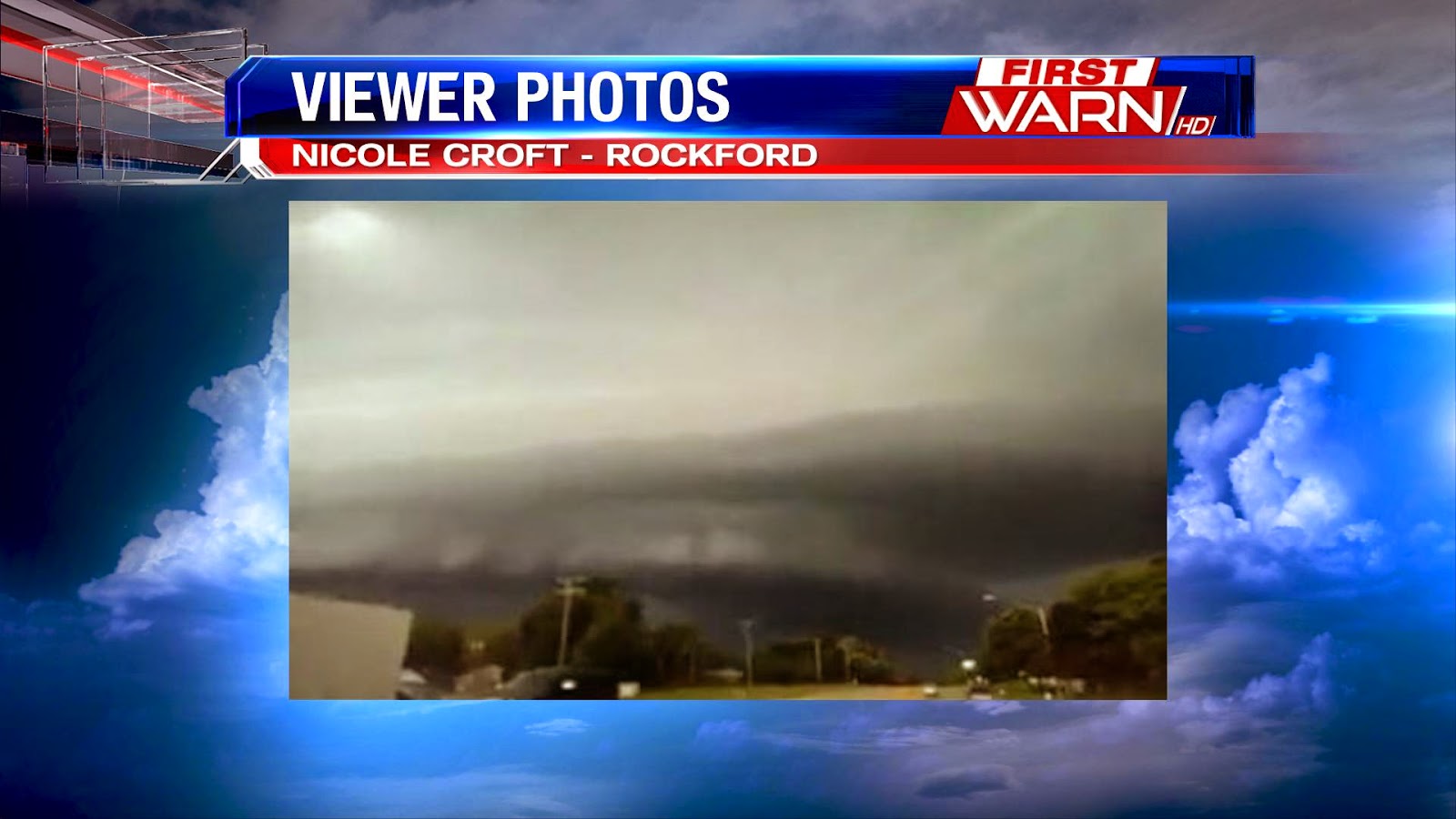 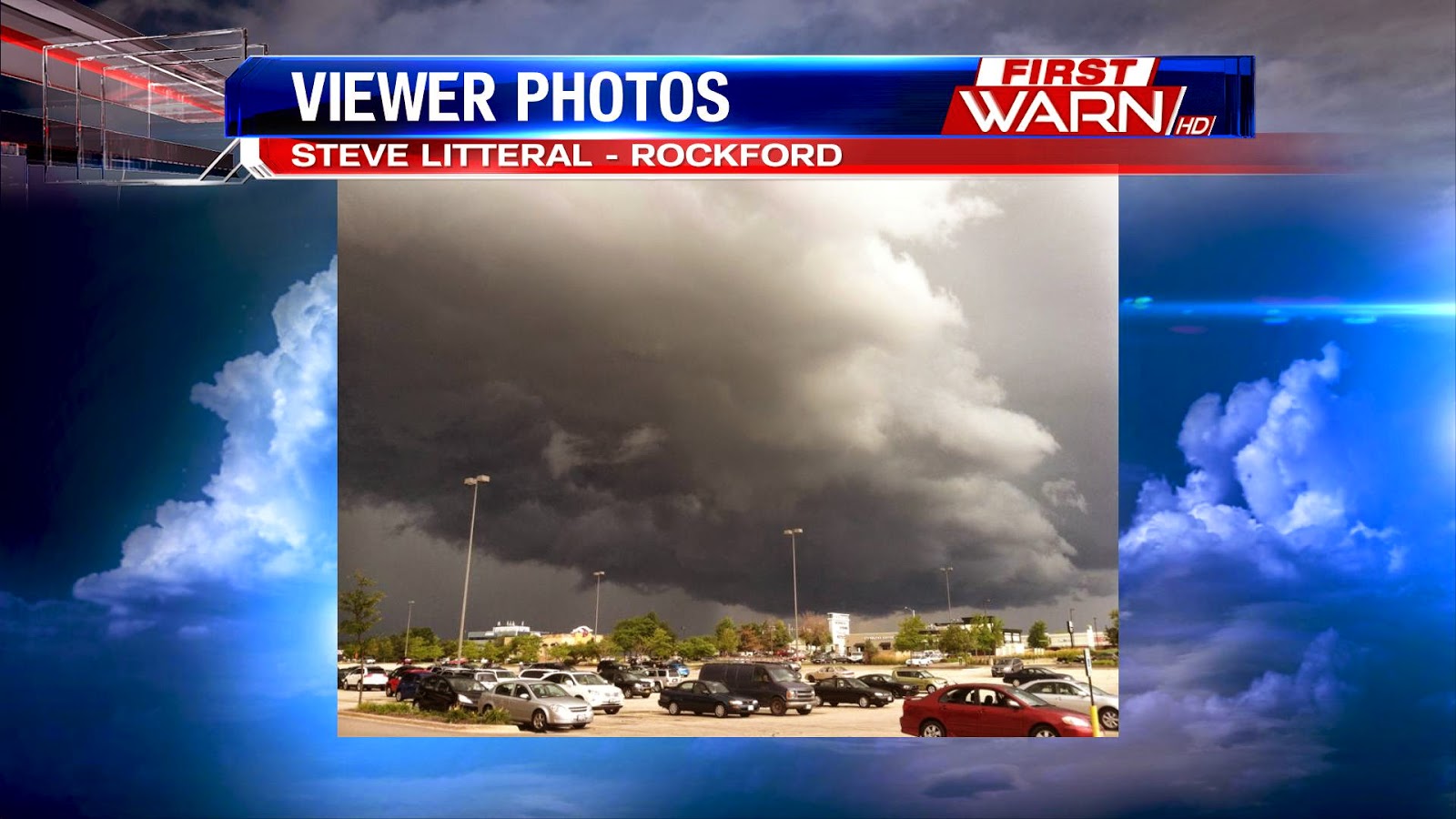 Posted by First Warn Weather at 9:42 PM No comments: 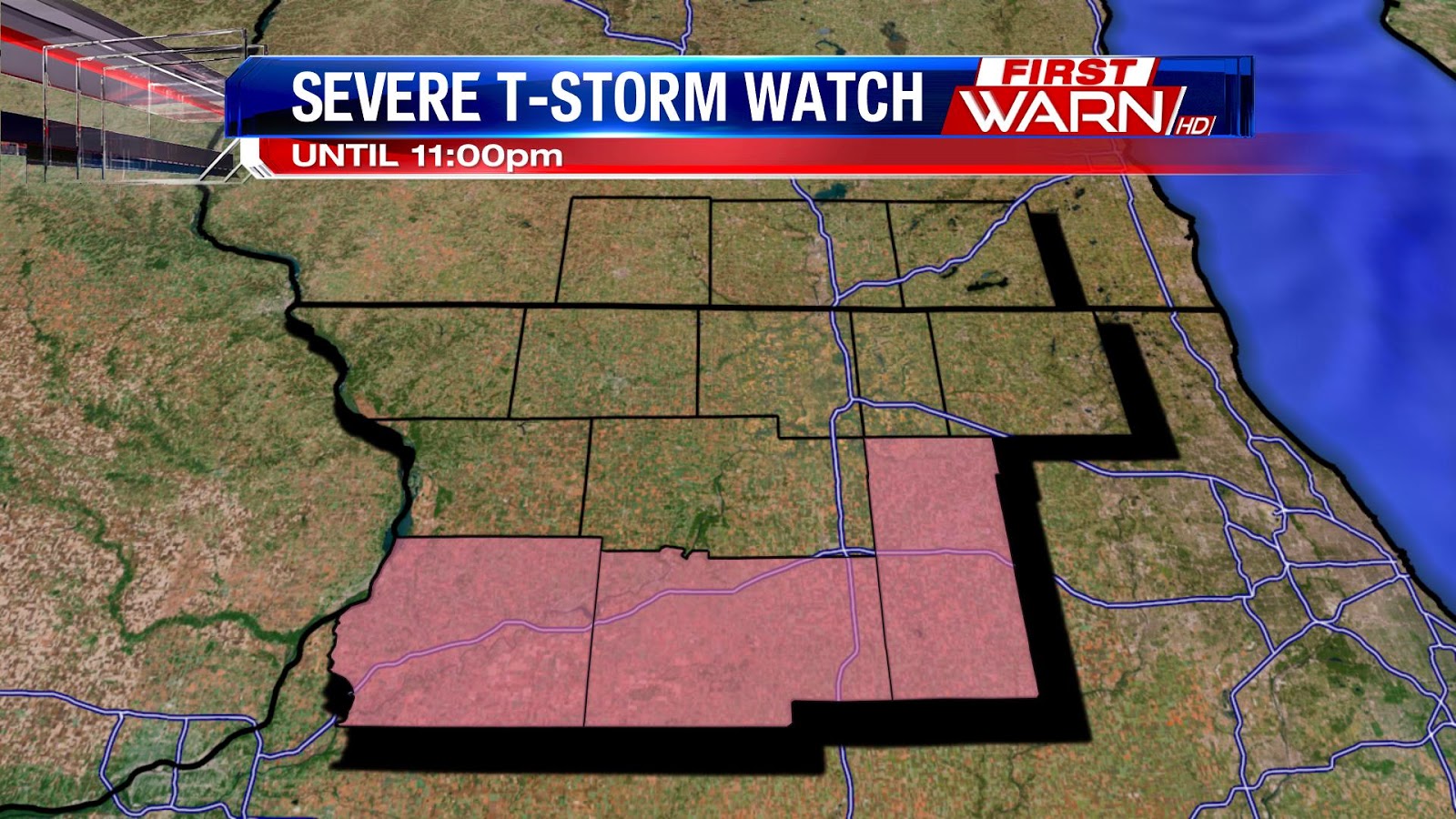 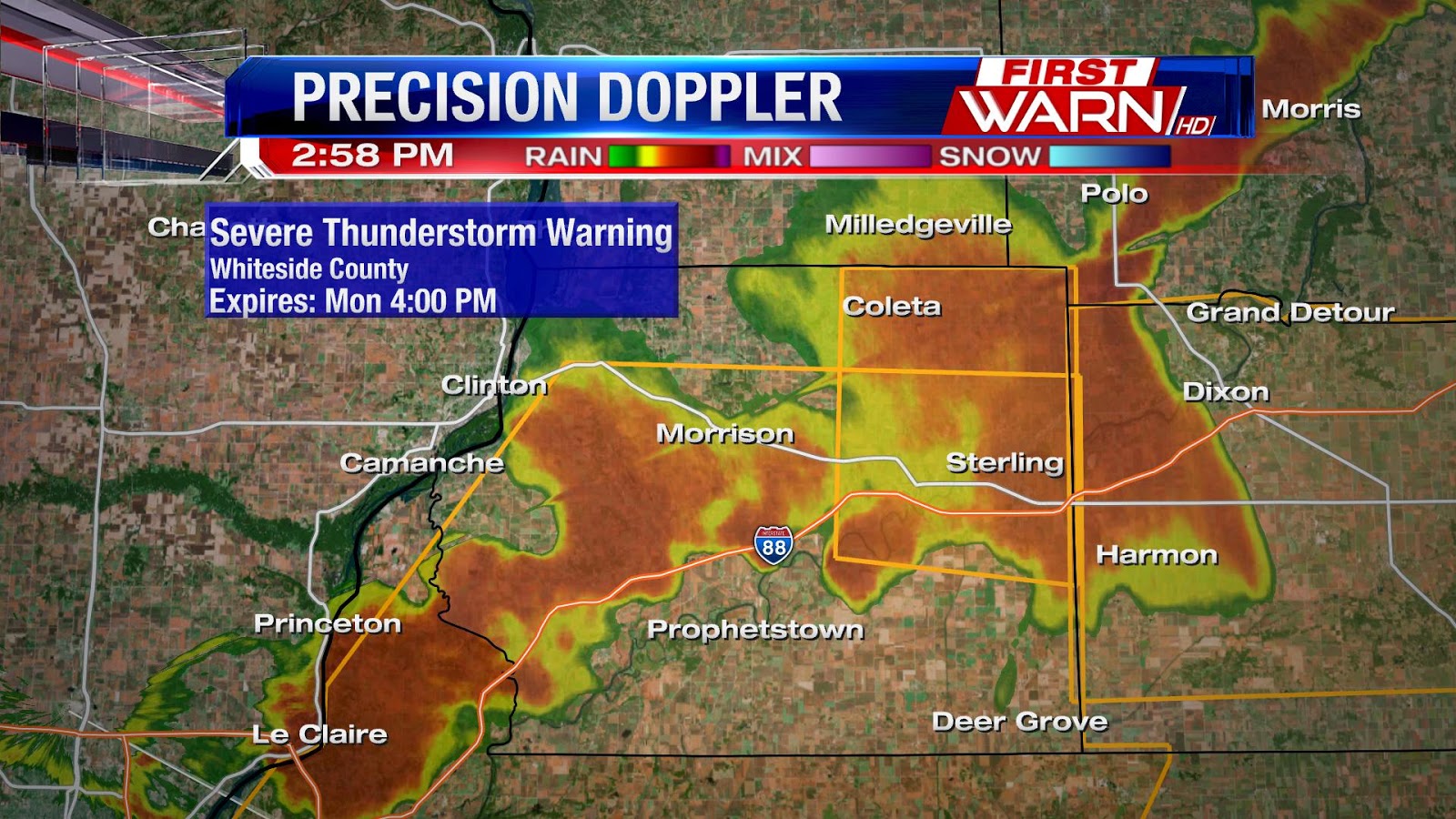 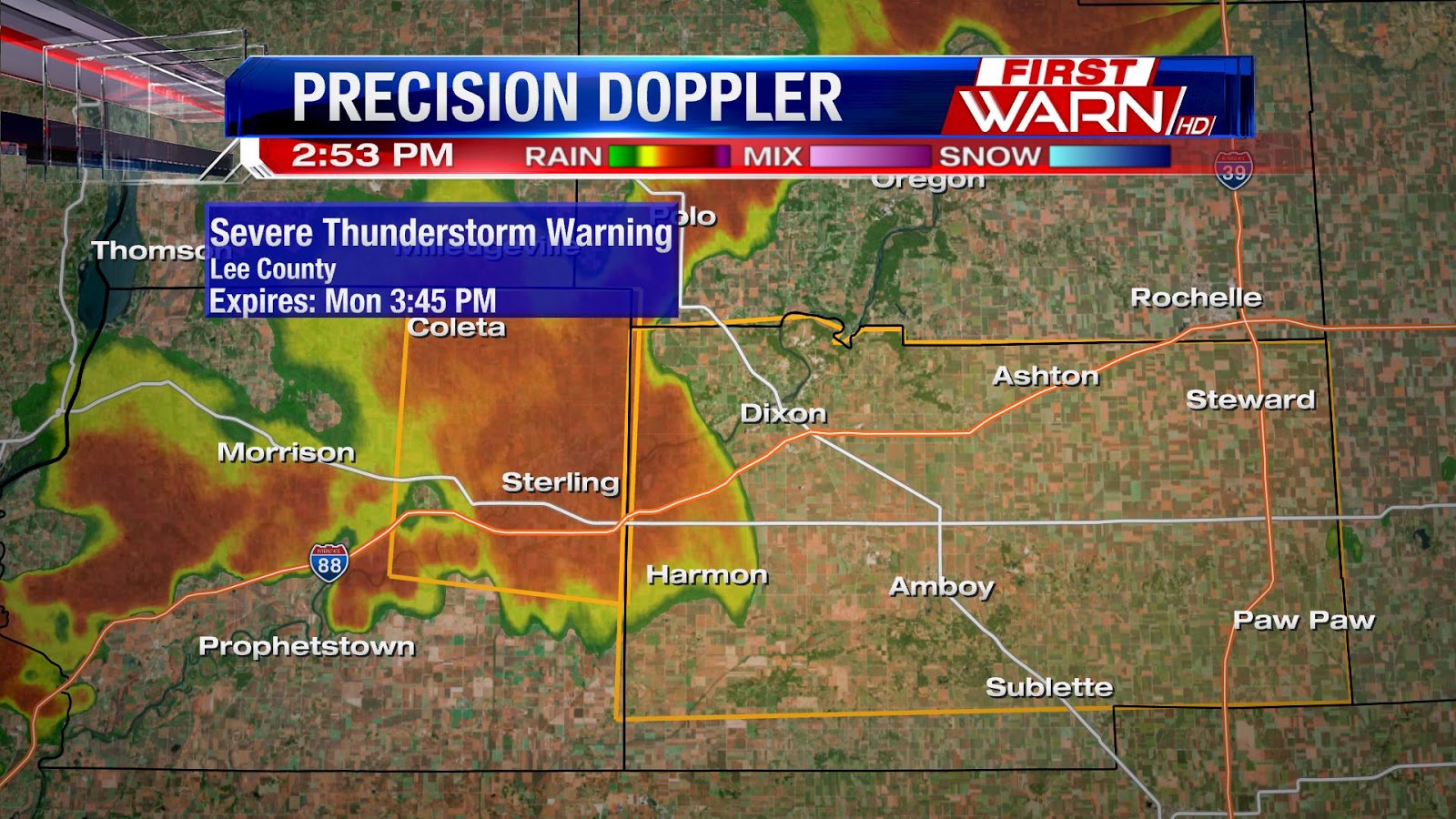 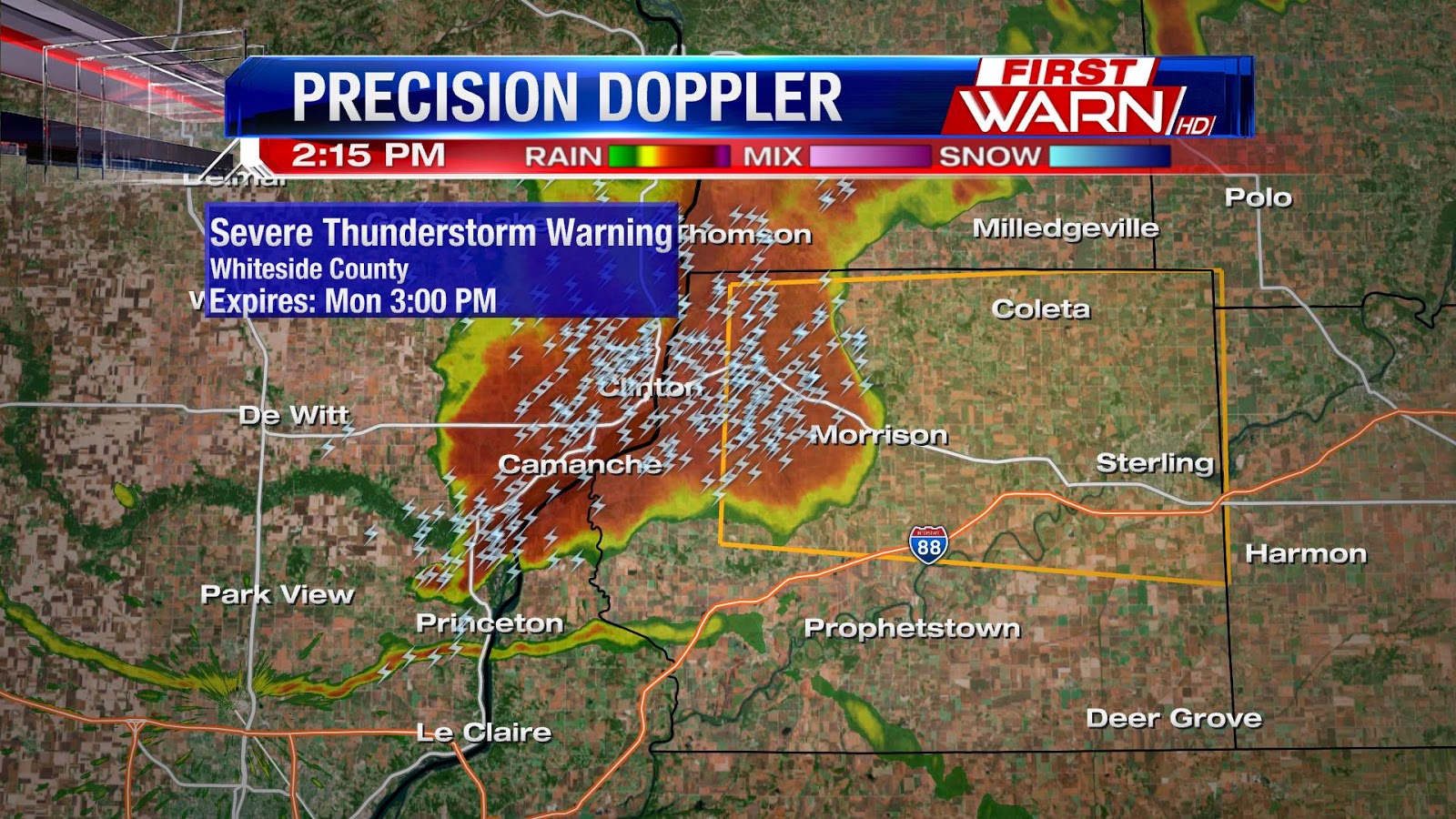 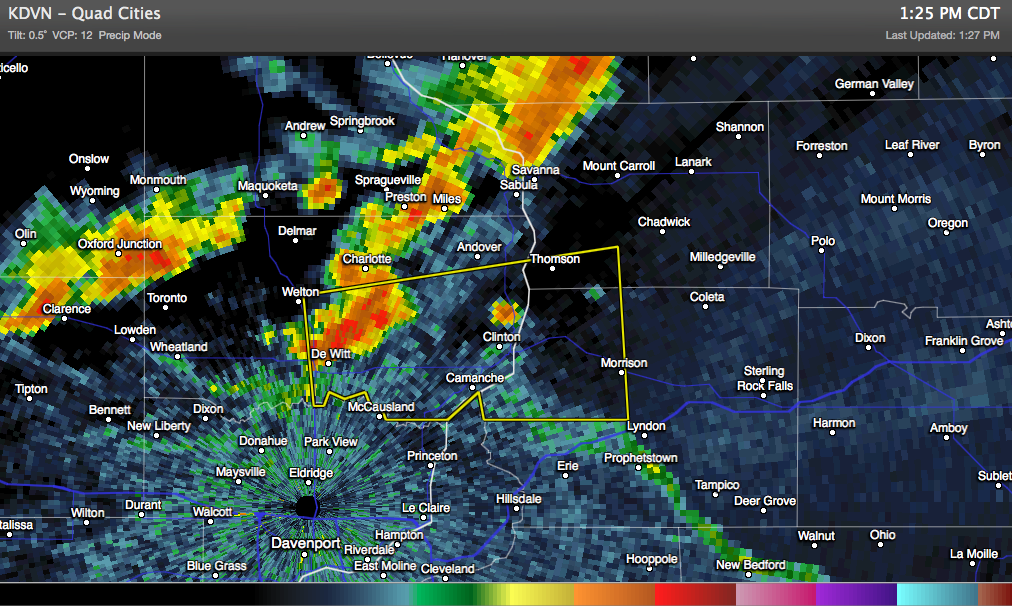 Posted by First Warn Weather at 1:31 PM No comments:

We haven't seen it much this summer, but the heat and humidity we're used to this time of year will be returning to the Stateline starting Thursday. 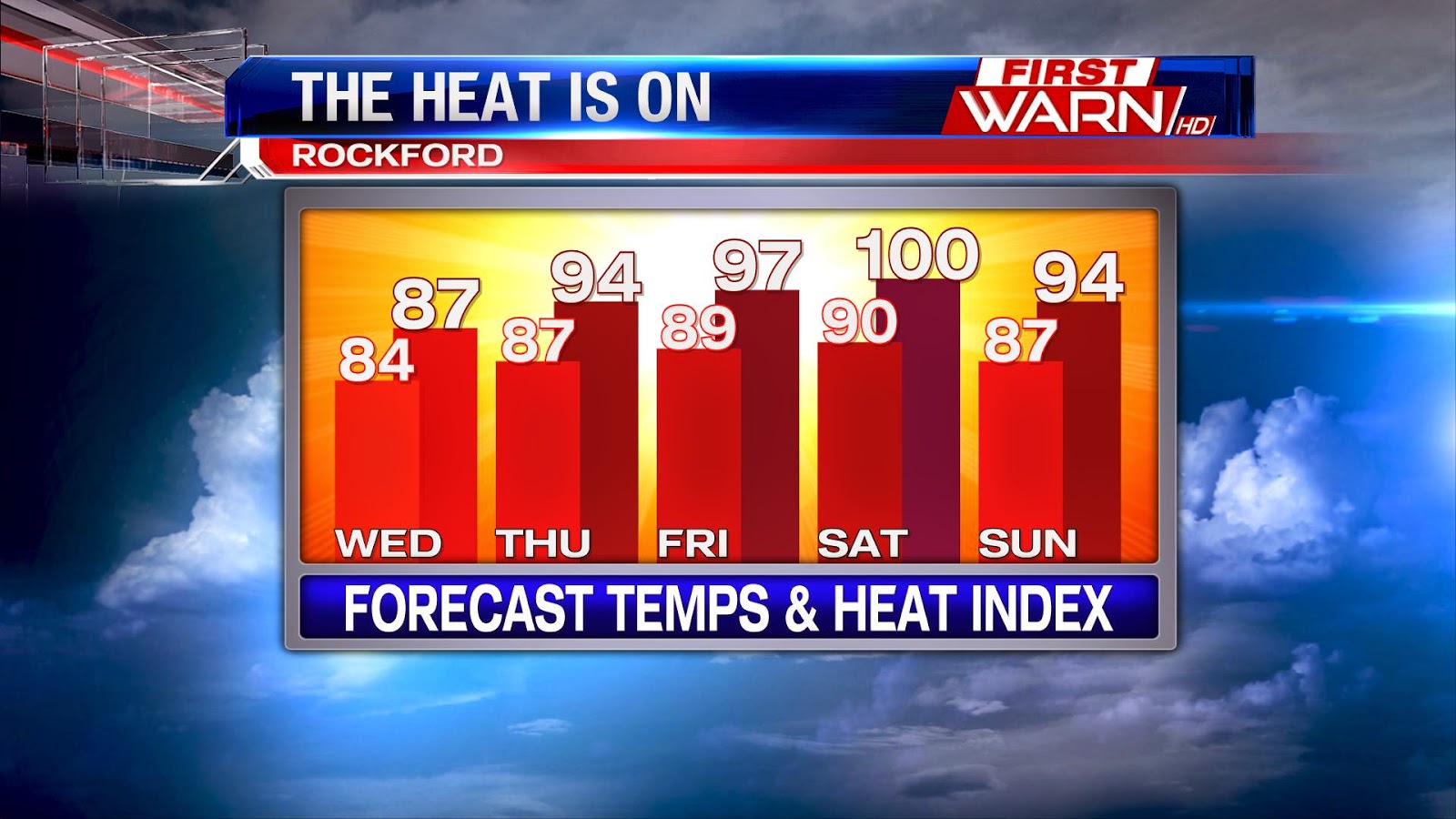 The latest forecast has the brunt of the heat and humidity arriving Friday and Saturday. Actual temperatures will be around 90°, but the heat index will make it feel closer to 100°. 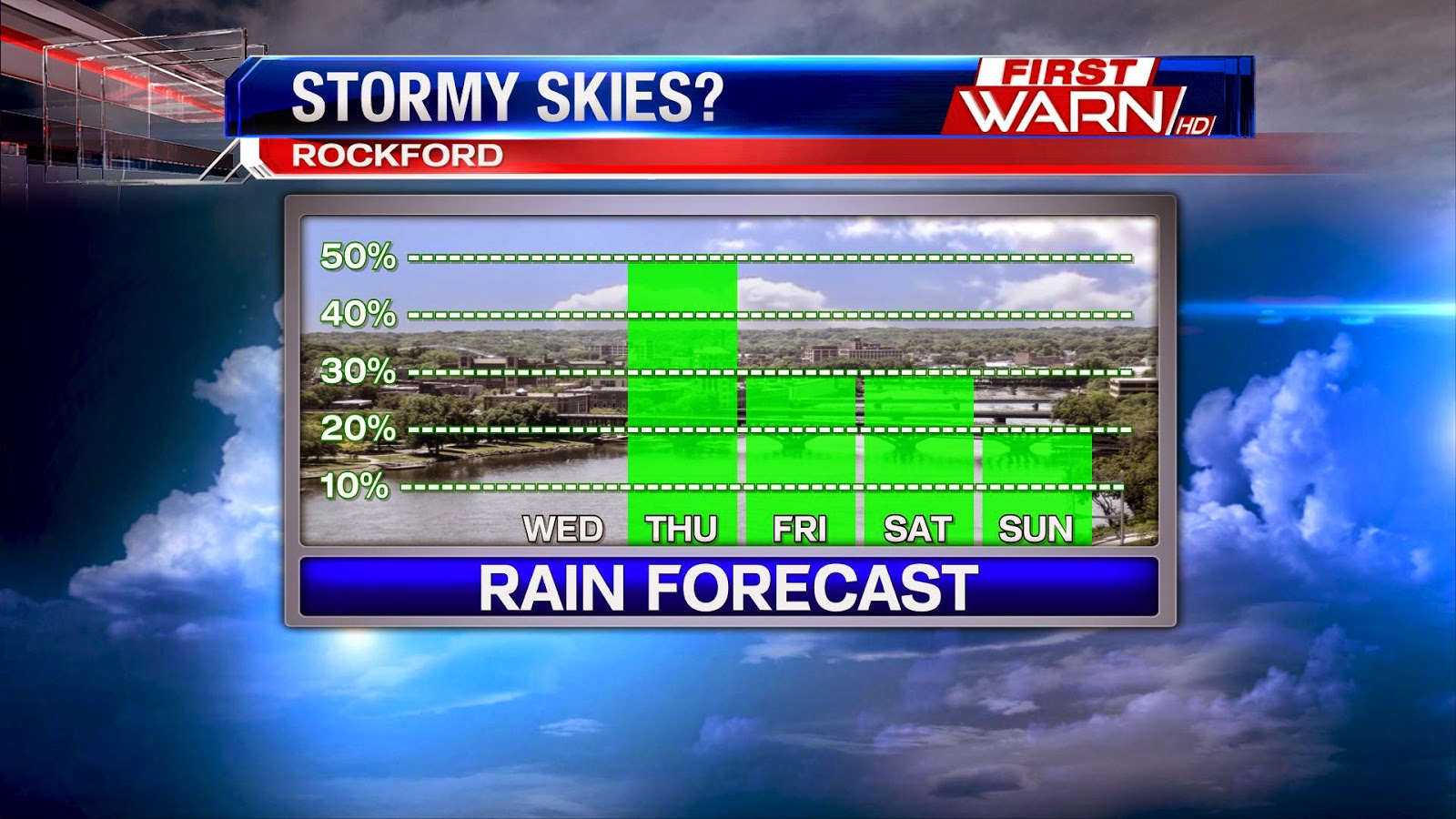 Temperatures will depend somewhat on how much rain we see. The drier it stays, the warmer it can potentially get. Right now, the forecast has our best chance for storms on Thursday. Storm chances will be smaller for Friday and the weekend. -BA
Posted by First Warn Weather at 8:02 PM No comments:

If you're a fan of meteor showers, Tuesday night is your last chance to catch a glimpse of the biggest meteor shower of the year: The Perseids. 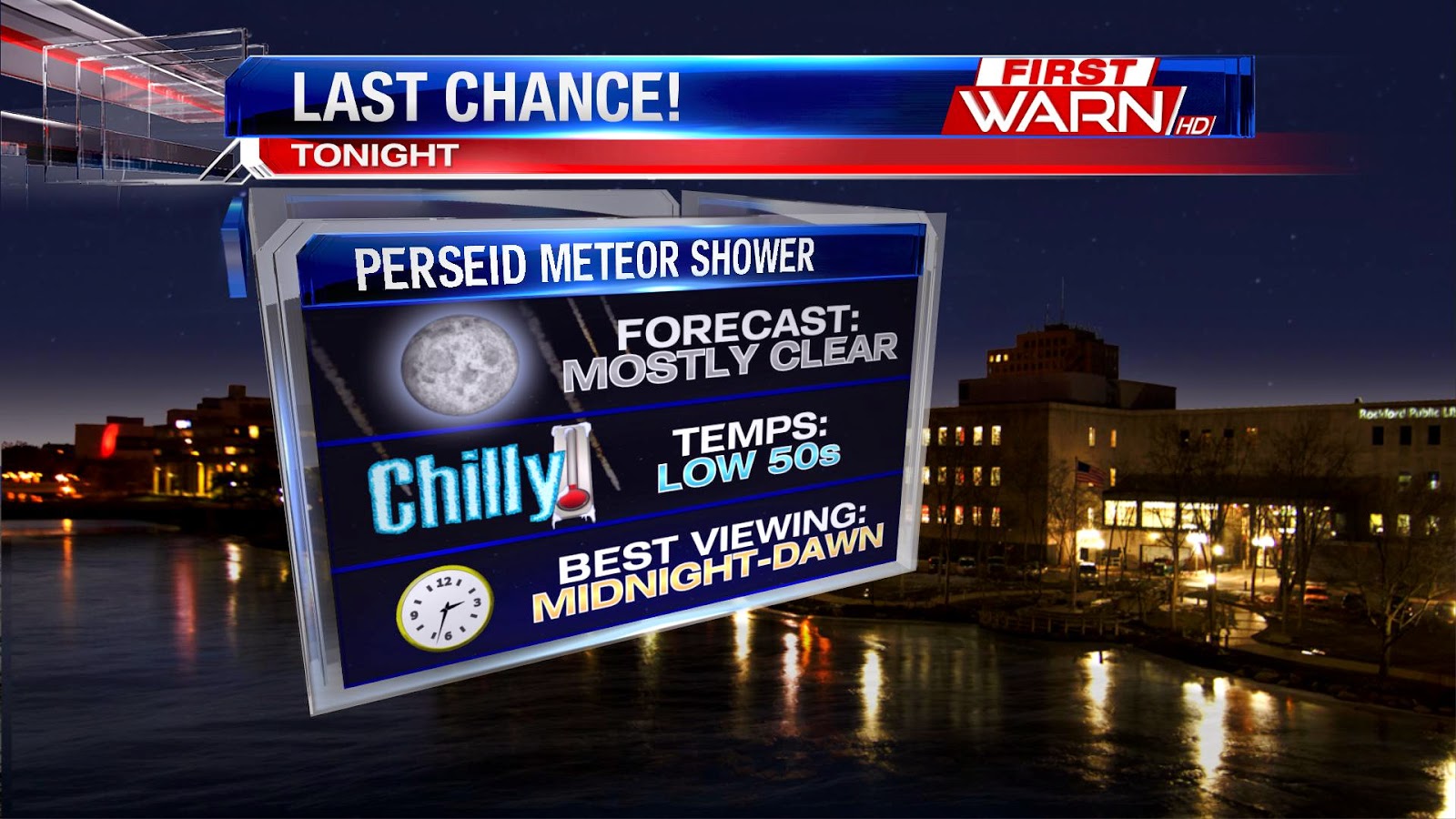 Fortunately, the weather will cooperate for seeing any meteors. Tuesday night's forecast is calling for mostly clear skies. Grab a jacket, though. Overnight lows are expected to dip into the low 50s (and maybe even the upper 40s in a few rural spots!).


In terms of the timing, meteors should be visible anytime between midnight and dawn. The peak for seeing meteor activity will be 3:00-4:00am. Remember, artificial light (a.k.a. city lights) will make it more difficult to see the Perseids. The darker the sky, the better! -BA
Posted by First Warn Weather at 8:43 PM No comments:

While we posted earlier that this July ranked in at #3 for the coolest July in Rockford on record,what about the rest of the United States? Thirteen states saw July in the top ten coolest Julys on record, while Arkansas and Indiana both saw their coldest July on record. Below-normal temperatures stretched from the Great Lakes and the Midwest, through the Mississippi River valley, and even into parts of the Southeast. 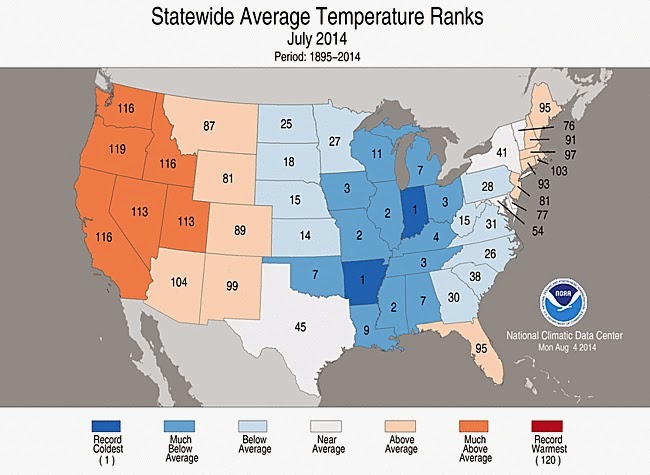 August has continued to be on the cooler side as well for us here across the Stateline, but it looks like we could see a nice warmup by the begining of next week! -KC
Posted by First Warn Weather at 11:29 AM No comments:

Supermoon VS. The Perseids

No, this post isn't about a bad sci-fi movie. It's about all the things stargazers have to look forward to starting Sunday and heading into next week. 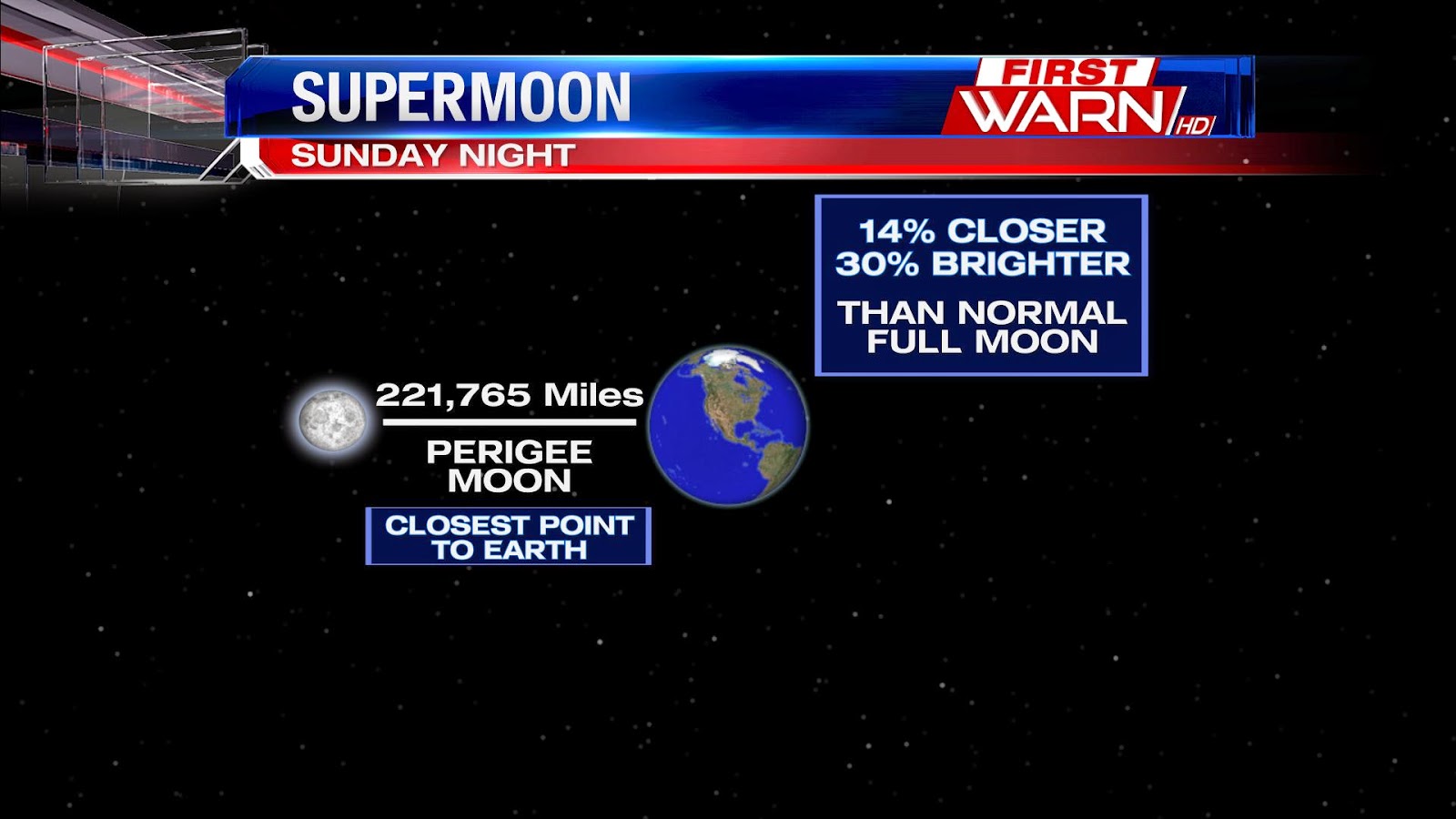 The first thing we'll be keeping an eye out for is Sunday night's Supermoon. The Supermoon is when we have a full moon at perigee, or the spot in the moon's orbit when it's closest to the Earth. Sunday's Supermoon will be 14% closer and 30% brighter than normal full moons. 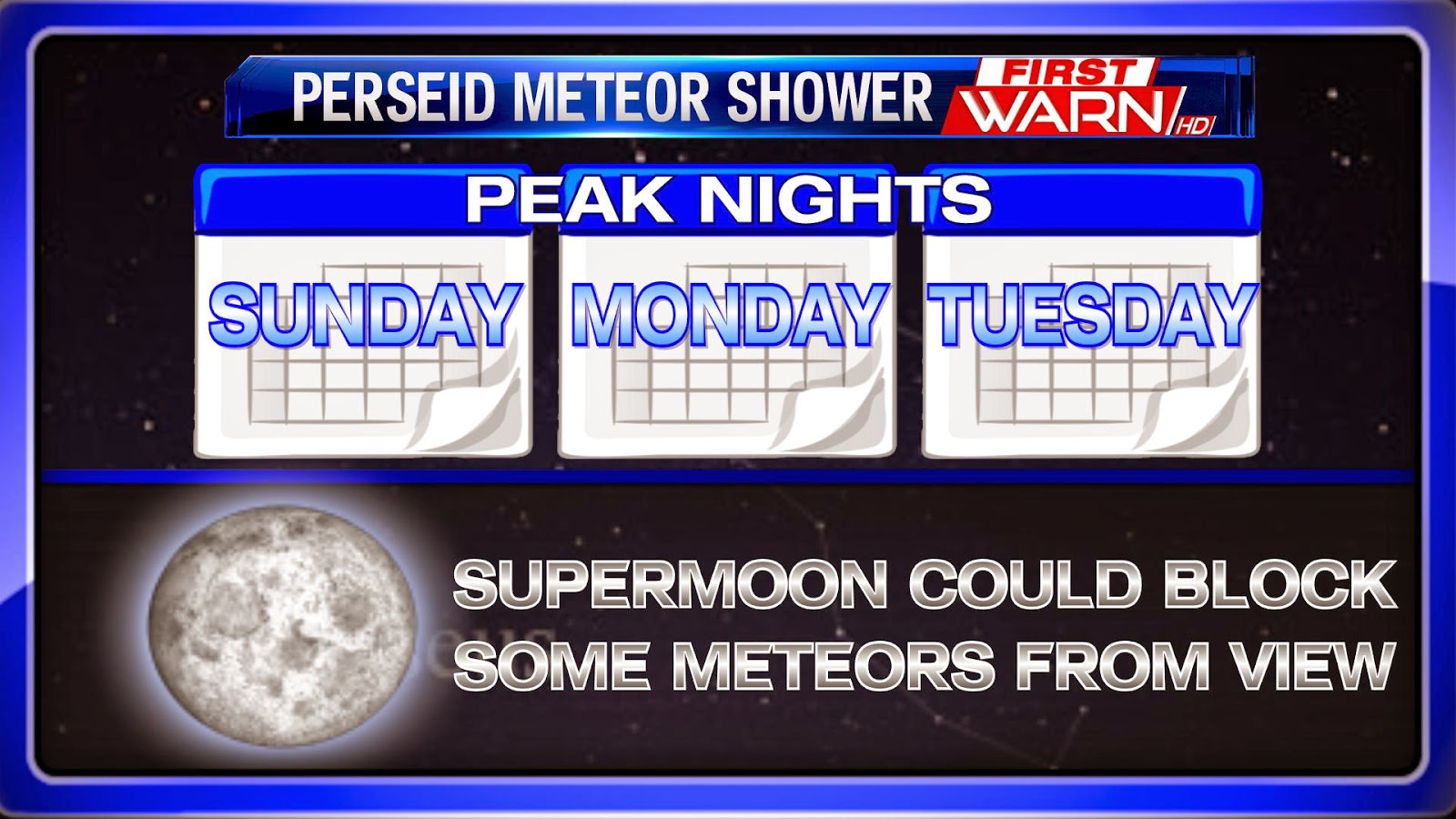 Sunday night also marks the start of the peak of the Perseid meteor shower. The Perseid is by far the biggest meteor shower of the year. But there's a problem: The Supermoon's extra brightness could block out some of the meteors we would normally see this time of year.

Don't worry, you'll still be able to see plenty of meteors, despite the Supermoon. Let's just hope skies aren't too cloudy next week so we can see this amazing combo! -BA
Posted by First Warn Weather at 9:21 PM No comments: 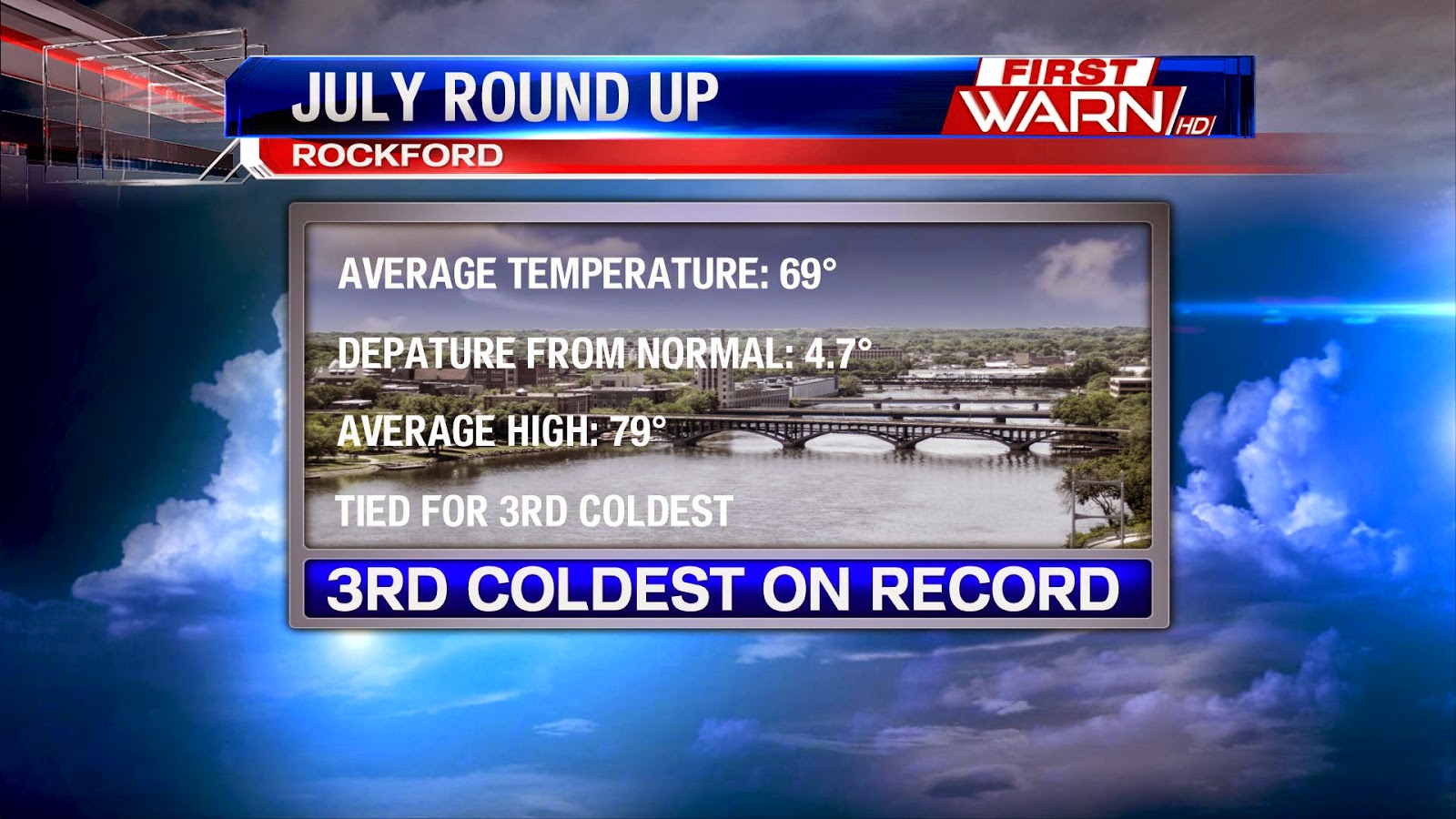 There ended up being only one 90° day in the month of July this year, and that was only the second time we hit 90° this year. Normally we see about six 90's in the month of July. As we look ahead this week and even peeking at next week it looks as if we will continue the trend of below normal temperatures.

I don't know about you but I want to hit the pool! - KC

Posted by First Warn Weather at 11:15 AM No comments:

Although no reports of any touchdowns were reported, last night's storms did have enough rotation aloft to produce various funnel clouds in the skies.  Here are a few of the pictures we received.  Most of which occurred near Rochelle and in DeKalb County.  The main reports out of these storms were some quarter sized hail near the Rockford area, along with rainfalls exceeding an inch in just a few hours time span.


Posted by First Warn Weather at 4:40 PM No comments: