Over the weekend, the Stateline was hit by the worst winter storm we've seen since the Groundhog Day Blizzard back in 2011. For many areas of the Stateline, snow totals topped out at a foot or more. 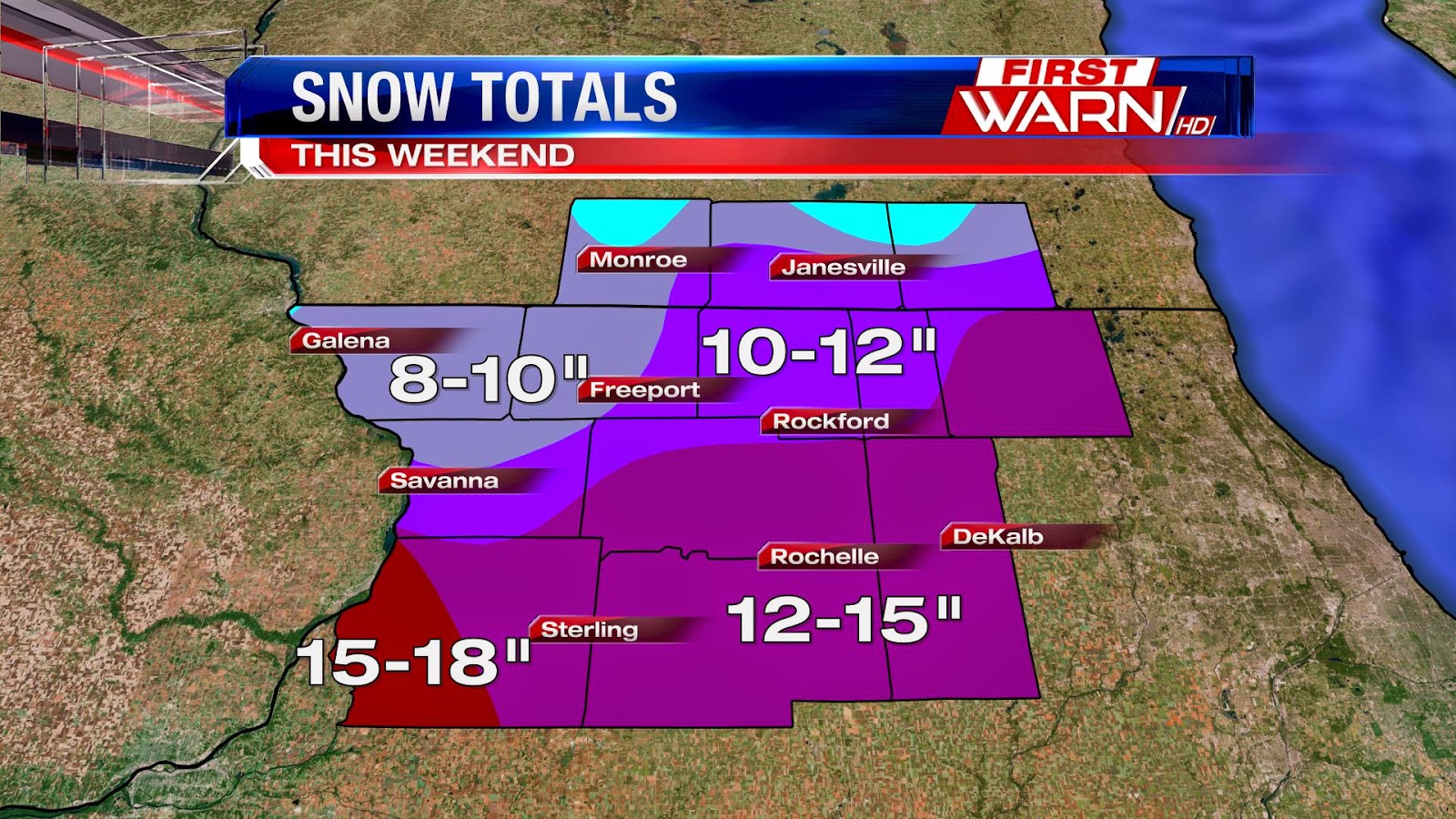 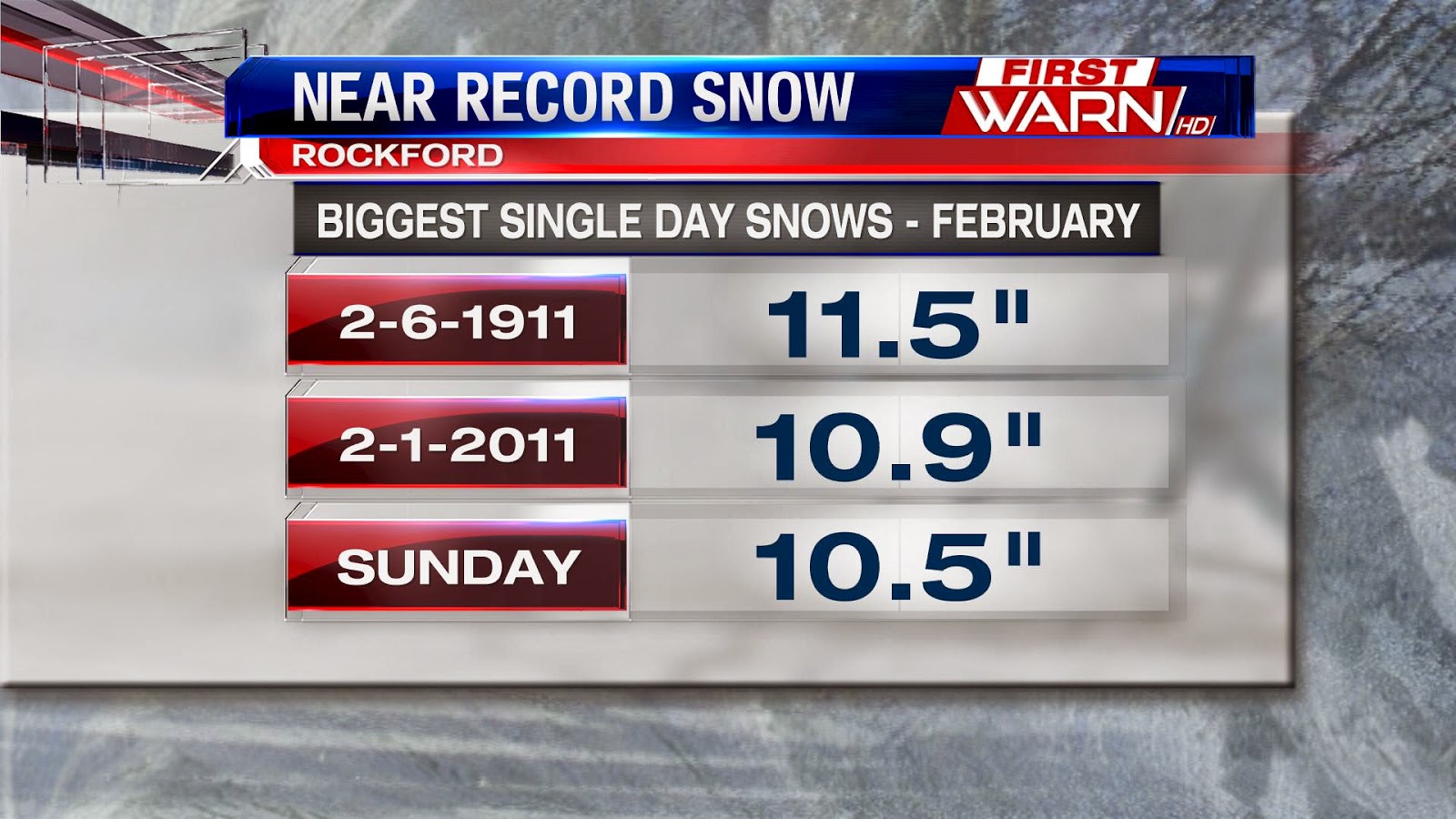 Our official weather station at the Rockford International Airport topped out at 11.9" of snow for the weekend, with more than 10" falling on Sunday. This makes Sunday the third greatest snowfall for a single calendar day in February. 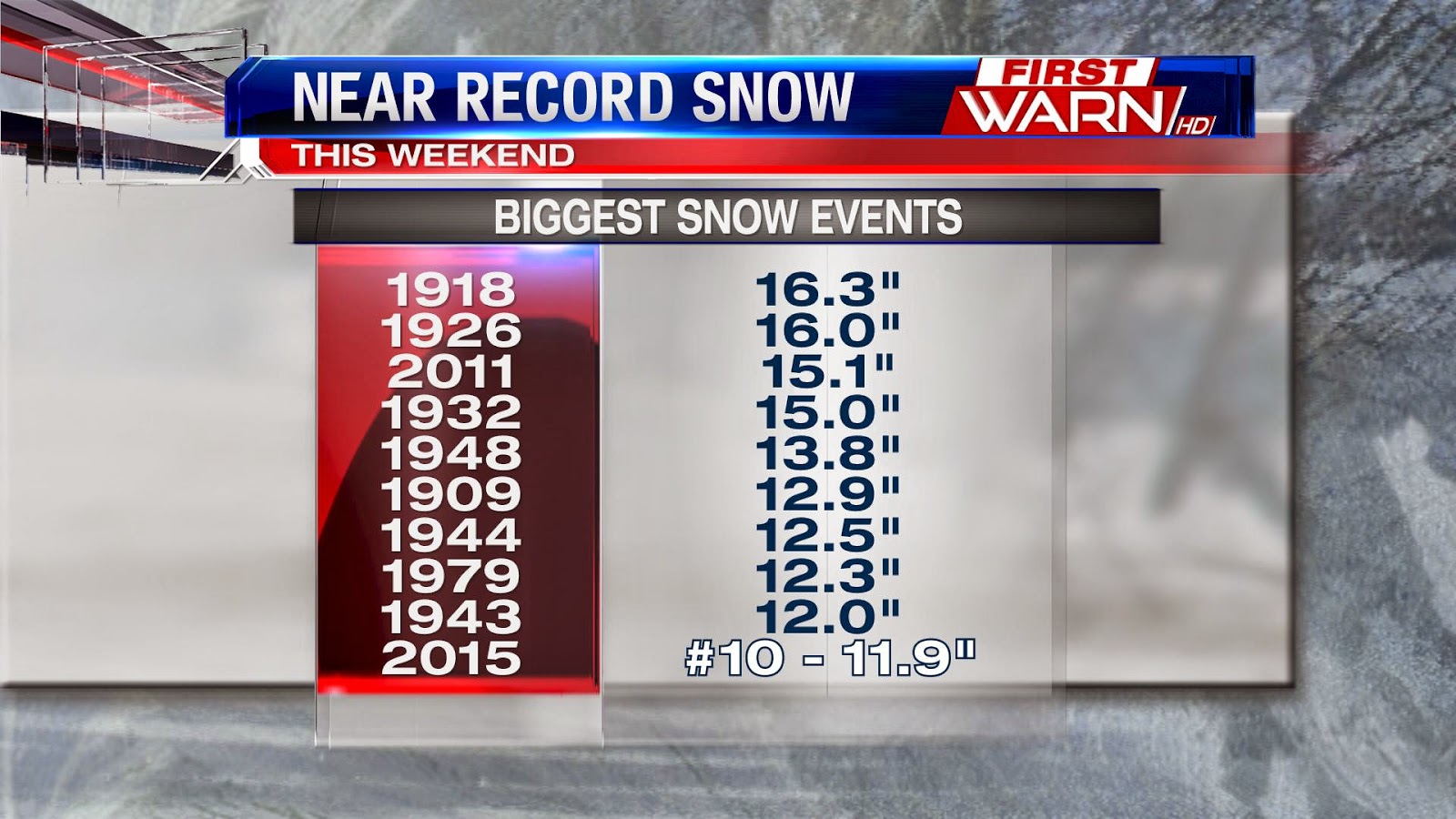 As for the storm as a whole, 11.9" is the 10th biggest snowfall the Forest City has seen since records began in the early 1900s. Believe it or not, the Groundhog Day Blizzard is only the third largest snowstorm in Rockford's history.