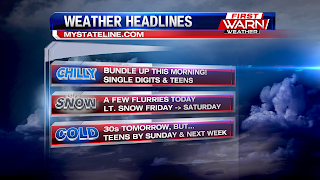 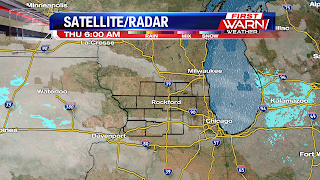 Much of the overnight and early morning hours were partly to mainly clear. This helped low temperatures to dip down into the single digits and lower teens across the Stateline. Here in Rockford we made it down to 10°. 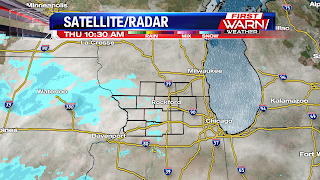 Clouds have build in over the last several hours, and it has become overcast across much of the region. Some light snow is starting to show up on satellite and radar. Looking at observations off to the west, some of the snow that is showing up isn't making its way to the ground. For instance, Waterloo isn't reporting any snow falling. However, Fort Dodge is reporting some light snow over the last several hours. 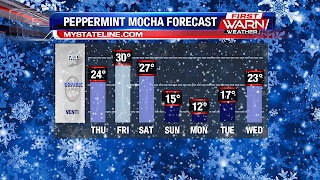 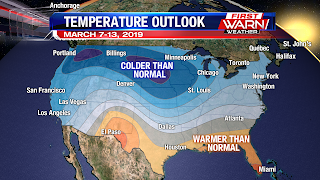 After a chilly start this morning, we should make it into the low-mid 20s this afternoon. We'll warm up into the lower 30s tomorrow with a better chance for snow during the later afternoon and evening hours. After tomorrow, temperatures begin to tumble. By Sunday and early next week highs will be in the teens with overnight lows in the negative single digits. We could be dealing with record cold to start off March. 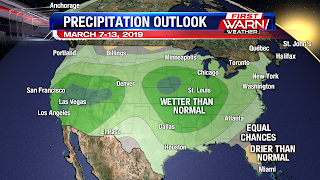 During that same time period, the long range outlooks are pointing towards wetter than normal conditions across not only the Stateline, but a majority of the county.
Posted by First Warn Weather at 11:14 AM