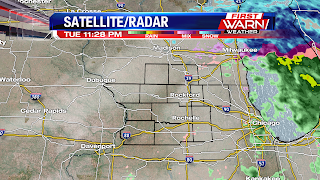 Still quite a bit of moisture lingers in the atmosphere and this will keep the threat for freezing drizzle across much of the area for the next few hours. 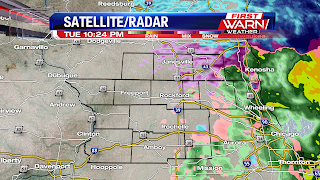 Here are a few sleet totals from earlier Tuesday evening.  The back edge of the precipitation is beginning to move east of I-39, however, patchy freezing drizzle still lingers back across northeast Iowa.  And this may continue for the next couple of hours. 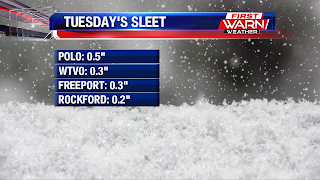 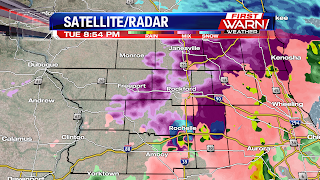 8:50pm Update:  Had a little break from some of the precipitation in Rockford, but that's beginning to pick back up.  Still heavy sleet/freezing rain east and southeast of Rockford.  Most of the precipitation should be done with around Midnight, however it may linger a little longer for McHenry, DeKalb and Lee counties. 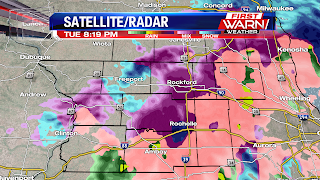 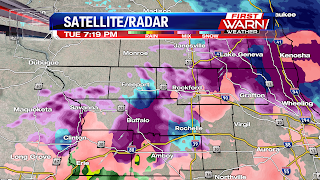 7:00pm Update: Heavy sleet continues to fall over much of Winnebago, Boone and McHenry counties this evening, with a little more sleet and freezing rain further to the south.  The sleet was quick to accumulate, adding up to 0.3 inches here at the station while the Rockford Airport has received 0.2 inches. 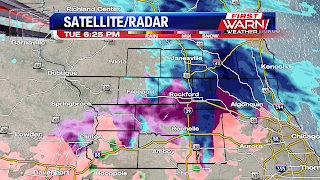 An Ice Storm Warning remains in effect for most of northern Illinois, with the exception of Jo Daviess County which is under a Winter Weather Advisory. 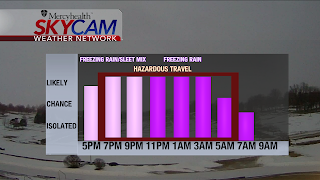 counties of Lee and DeKalb, but now sleet is beginning to mix in.  Road conditions continue to deteriorate this evening and are reported by the lllinois Department of Transportation as mostly ice covered, especially across north-central and northwest Illinois. 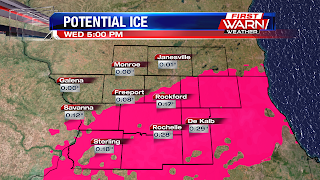 Most of the precipitation should be done by sunrise Wednesday, but untreated surfaces like sidewalks, parking lots, decks, secondary and side roads will most likely still be slick.
Posted by First Warn Weather at 6:27 PM