Cold Air Returns for the Beginning of March

Below average temperatures have been very common during the month of February and it looks like the beginning of March isn't going to disappoint.  Highs Wednesday only warmed into the low 20s, a good ten degrees below average for this time of year.  High pressure moving down the Plains Wednesday night will keep temperatures on Thursday from warming much past the mid 20s during the afternoon. 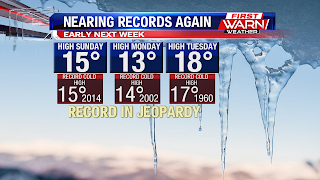 An even stronger high pressure system late Sunday night and early next week will help pull down an even colder air mass into the first week of March.  High temperatures Sunday, Monday and Tuesday of next week will have a hard time making it out of the teens!  Keep in mind average highs should be in the low 40s.  In fact, some of the cold next week could be record setting. 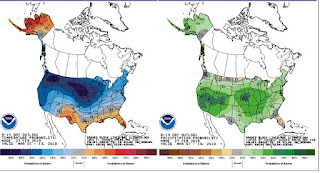 Which is a good thing!  Unfortunately the cooler than normal trend looks to continue into the middle of the month before a possible pattern change that could lead temperatures back up closer to where they should be.
Posted by First Warn Weather at 7:39 PM