Roads are still going to be an issue this morning despite the snow ending.  Many highways and local/county roads are still reporting at least 50 percent snow/ice covered, so just make sure you allow extra time this morning.  The snow & ice will be hard to remove with the cold air in place so expect slick roads for the next couple of days.  Winds will also be increasing through the afternoon and overnight which will cause the snow to blow and drift through Wednesday night. 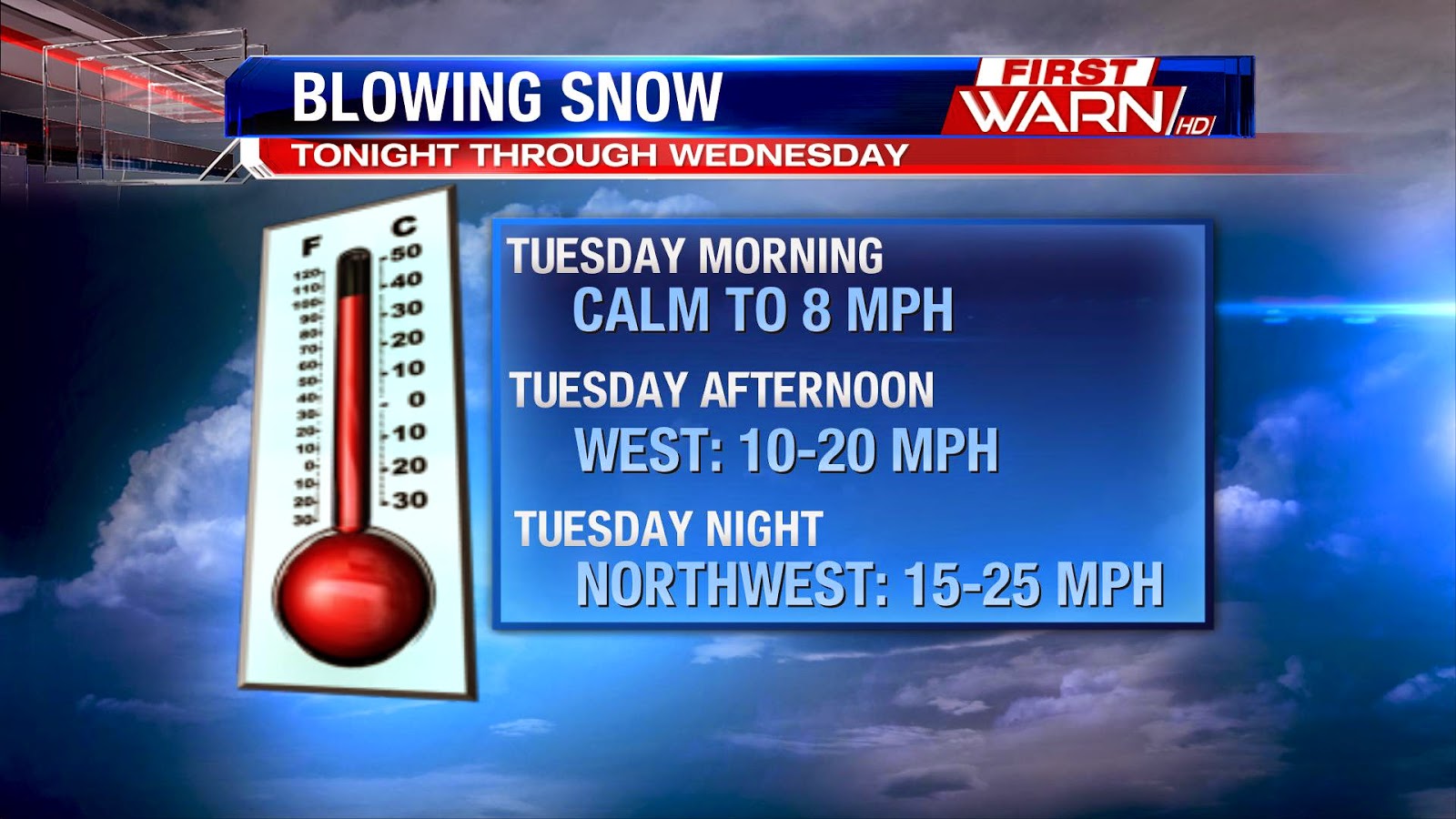 Let's first tackle the wind for today and tomorrow.  Winds are fairly calm to about 10 mph this morning.  This isn't going to do much in regards to blowing snow.  Winds will increase around 11am/Noon today from the west gusting to 20 mph with the greatest impact to north/south roads.  By this evening, the wind will increase but shift around to the northwest.  Wind gusts will top out near 30 mph impacting north/south, but also east/west roads into Wednesday morning.  The light nature of the snow will allow it to move across roads and drift, even with only 3" of snow.  Roads will remain slick into the morning. 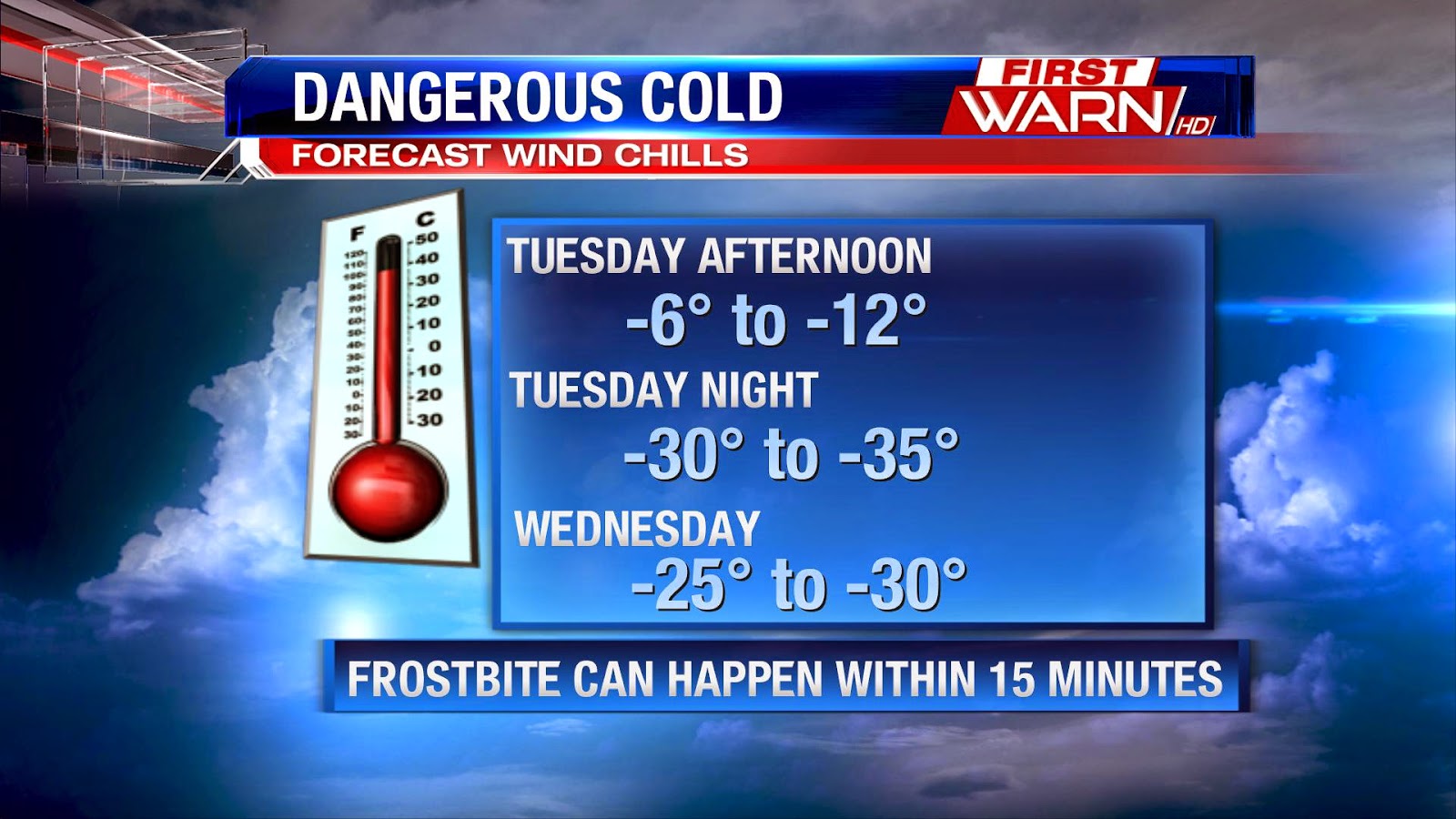 Now, the cold.  We are looking at over a 24 hour period where wind chills values will remain under -20°!  Dangerous and life-threatening cold will occur tonight and Wednesday so plan accordingly.  Wind chills tonight will drop down to -35° and not 'warm' much through the afternoon on Wednesday.  Readings as cold as -30° will be possibly during Wednesday afternoon.  This means frostbite can happen within a matter of 15 minutes if skin is exposed or you're outside for any prolonged amount of time and not properly dressed. 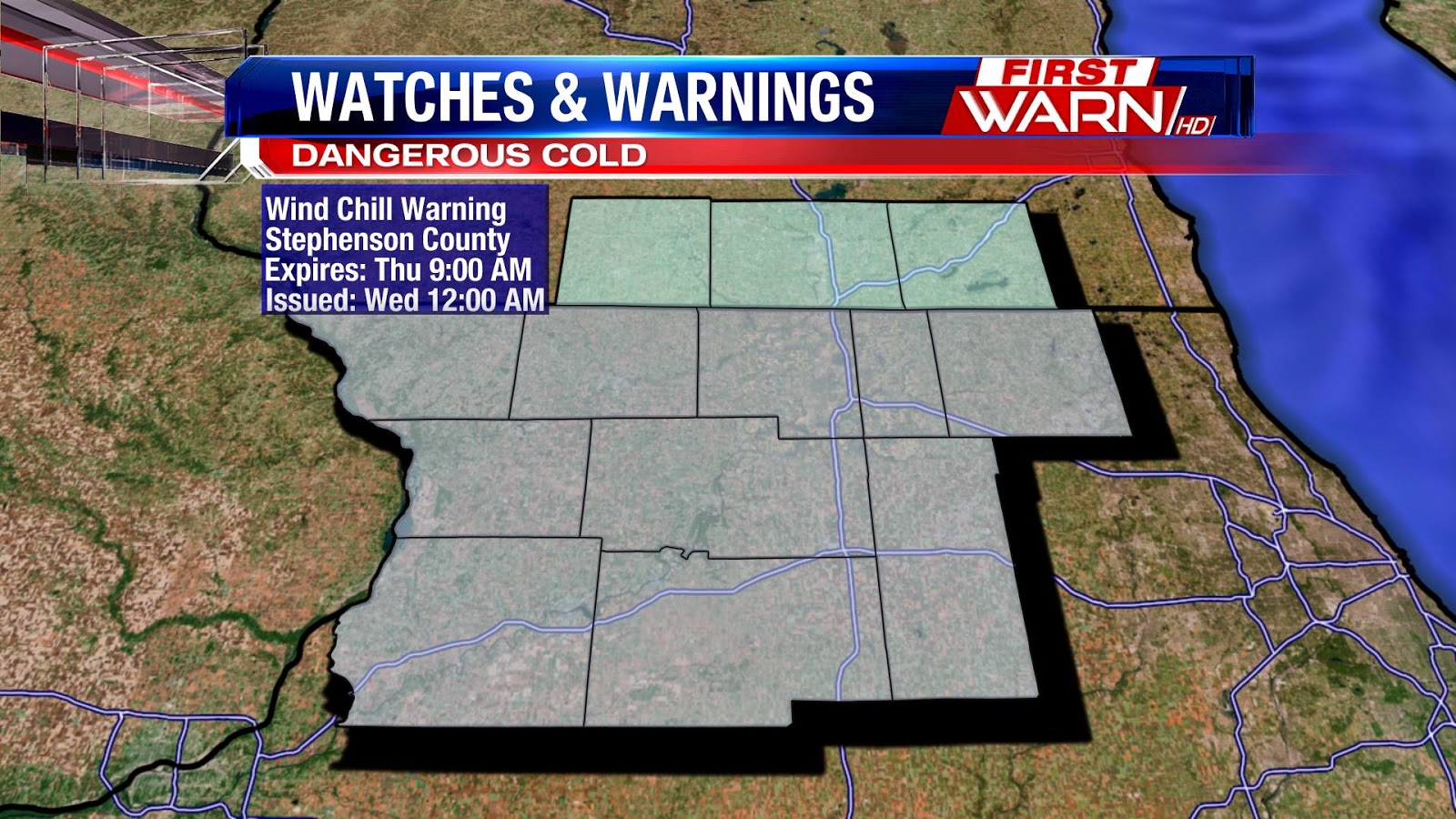 Wind Chill Warnings have been issued for northern Illinois beginning tonight and a Wind Chill Advisory has been issued for southern Wisconsin.  High temperatures Wednesday will struggle to break 0 degrees and will fall below -14° by Thursday morning.  By Thursday morning, the winds will have backed off a bit, but when it's that cold it doesn't take much of a wind to produce -30° wind chills.
Posted by First Warn Weather at 8:27 AM