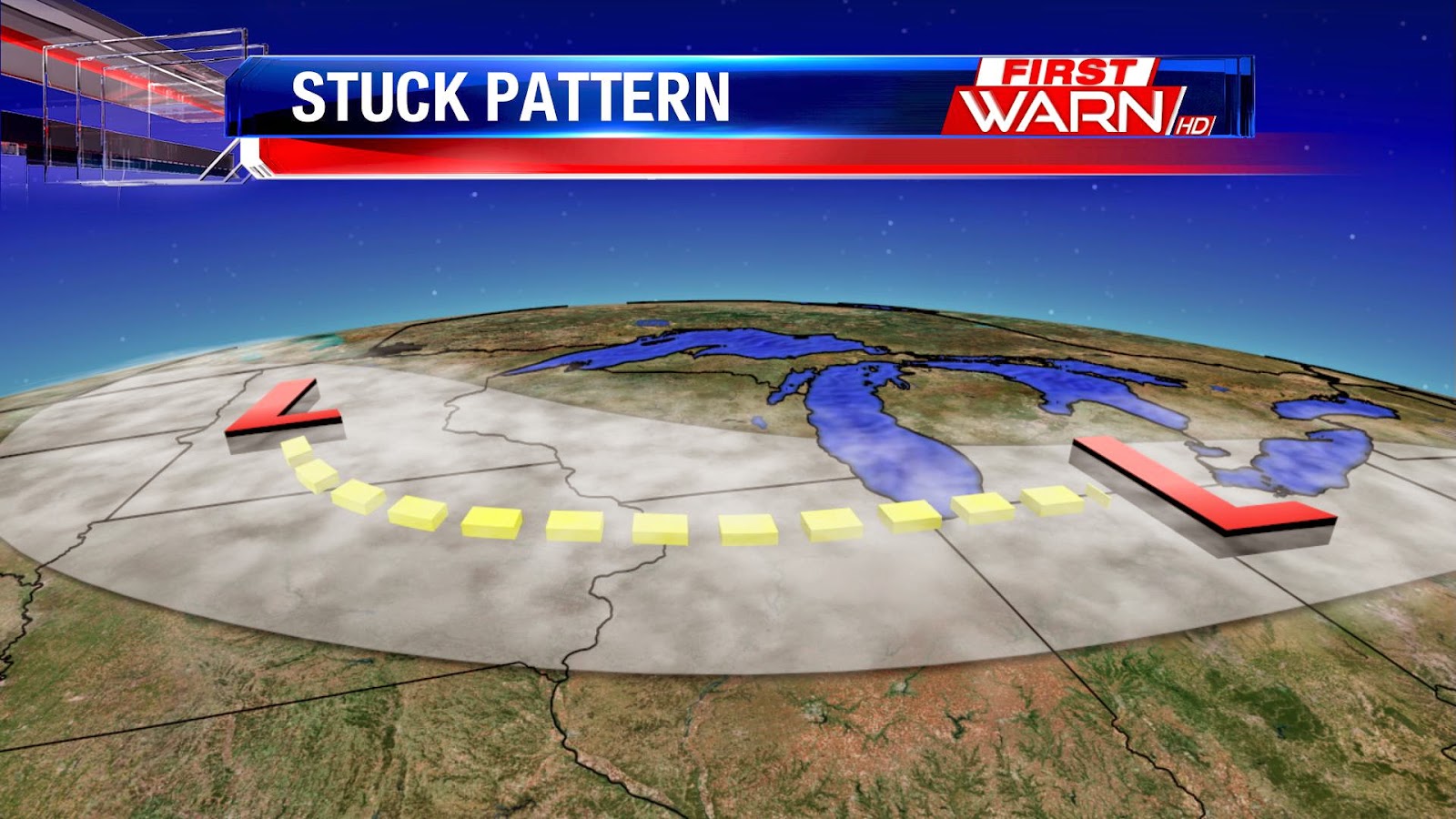 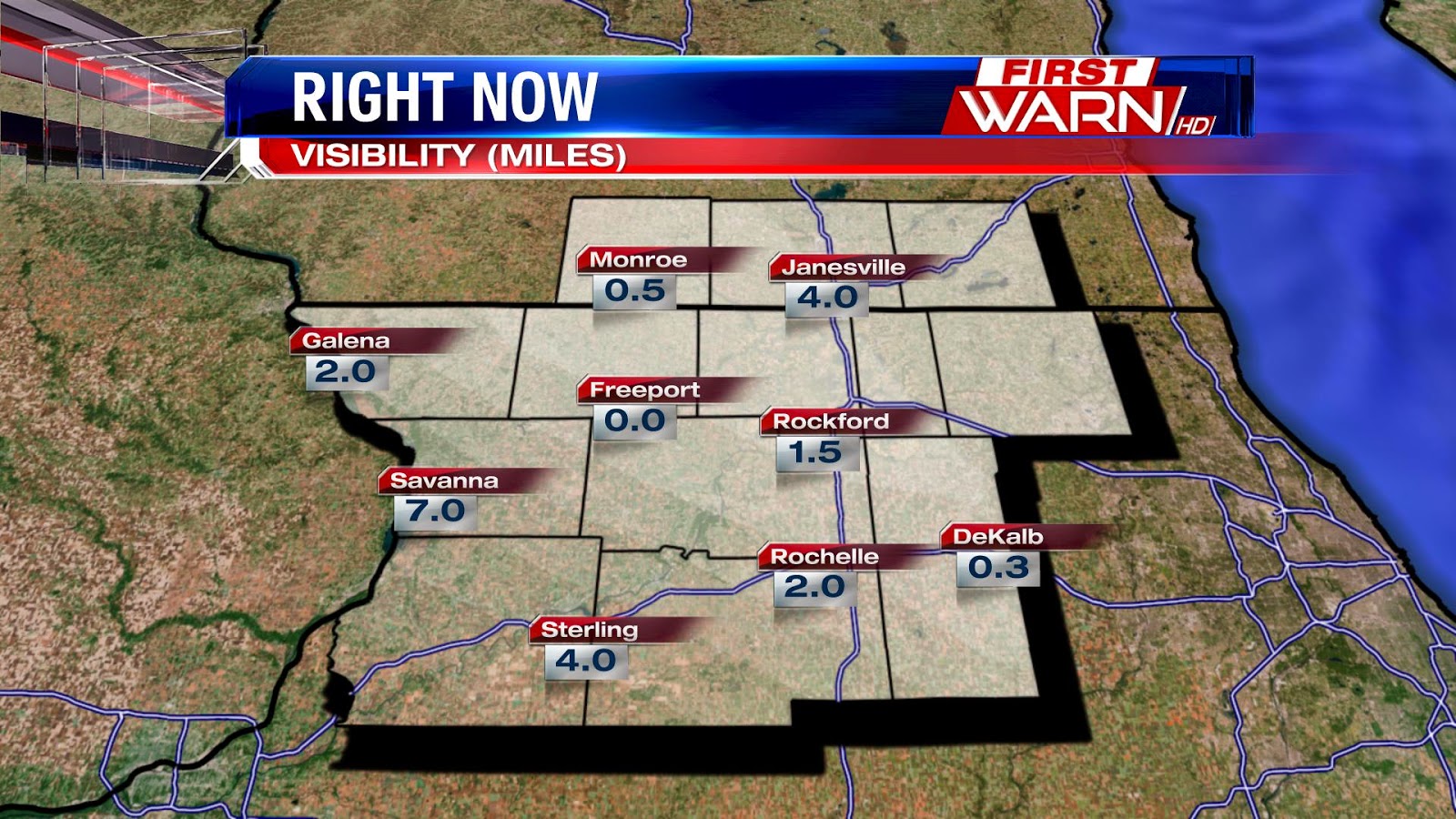 Light drizzle and rain Monday night has caused a few headaches Tuesday morning as surface temperatures have fallen at, or below, freezing.  Add to it very light freezing drizzle earlier this morning and it was enough to bring out some of the salt trucks during the morning commute.  The threat for any freezing drizzle is done, but now the fog has settled in.

Visibility has dropped near zero in many locations in southern Wisconsin and northern Illinois.  While the fog will gradually begin to improve through the morning and afternoon, the clouds will stick around due to a trough of low pressure.  What's that you ask?  Think of it as an elongated area of low pressure.  Weak wind convergence, light surface winds and moisture are all commonly found along a trough of low pressure and with very little movement of air today (due to the light winds), the fog will be hard to completely get rid of.  Until low pressure passes, and this doesn't look like it will happen until late Wednesday, anticipate the fog to stick around for the next day.  Tonight and Wednesday it shouldn't be as dense as it was Tuesday morning, but the morning commute will be slow as it with light snow falling.

Posted by First Warn Weather at 9:57 AM