9:30pm Update: A tiny burst of snow is moving back into the Rockford metro. Expect freezing drizzle and snow to wrap up after midnight. Slick roads could stick around for a few more hours after that. A lingering slick spot could be possible Tuesday morning for the early commute, but overall, driving conditions will be much better. 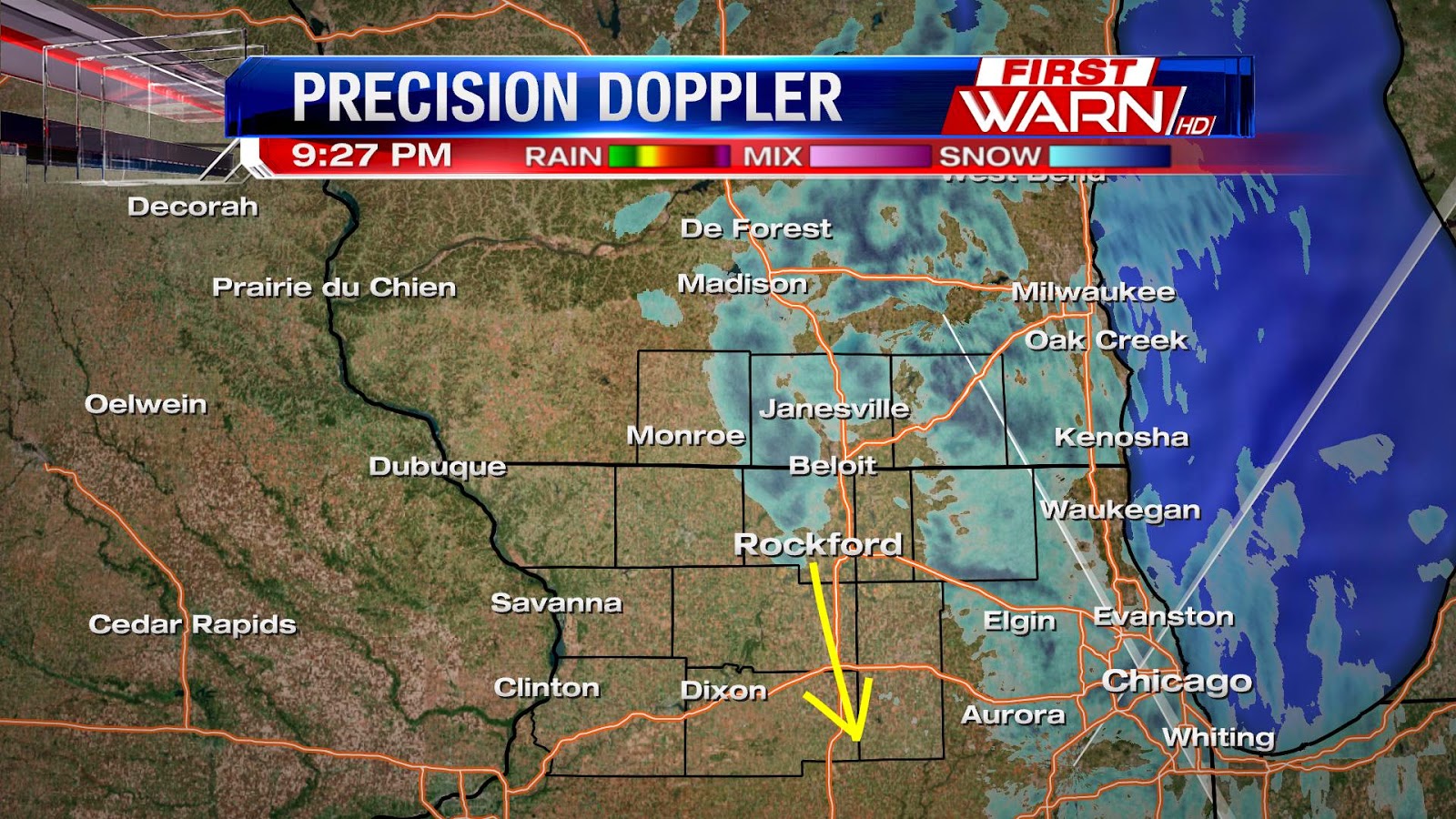 Original Post: Freezing drizzle is making for some very slick roads around the Stateline. If you have to do any driving Monday night, take it slow and be especially careful. 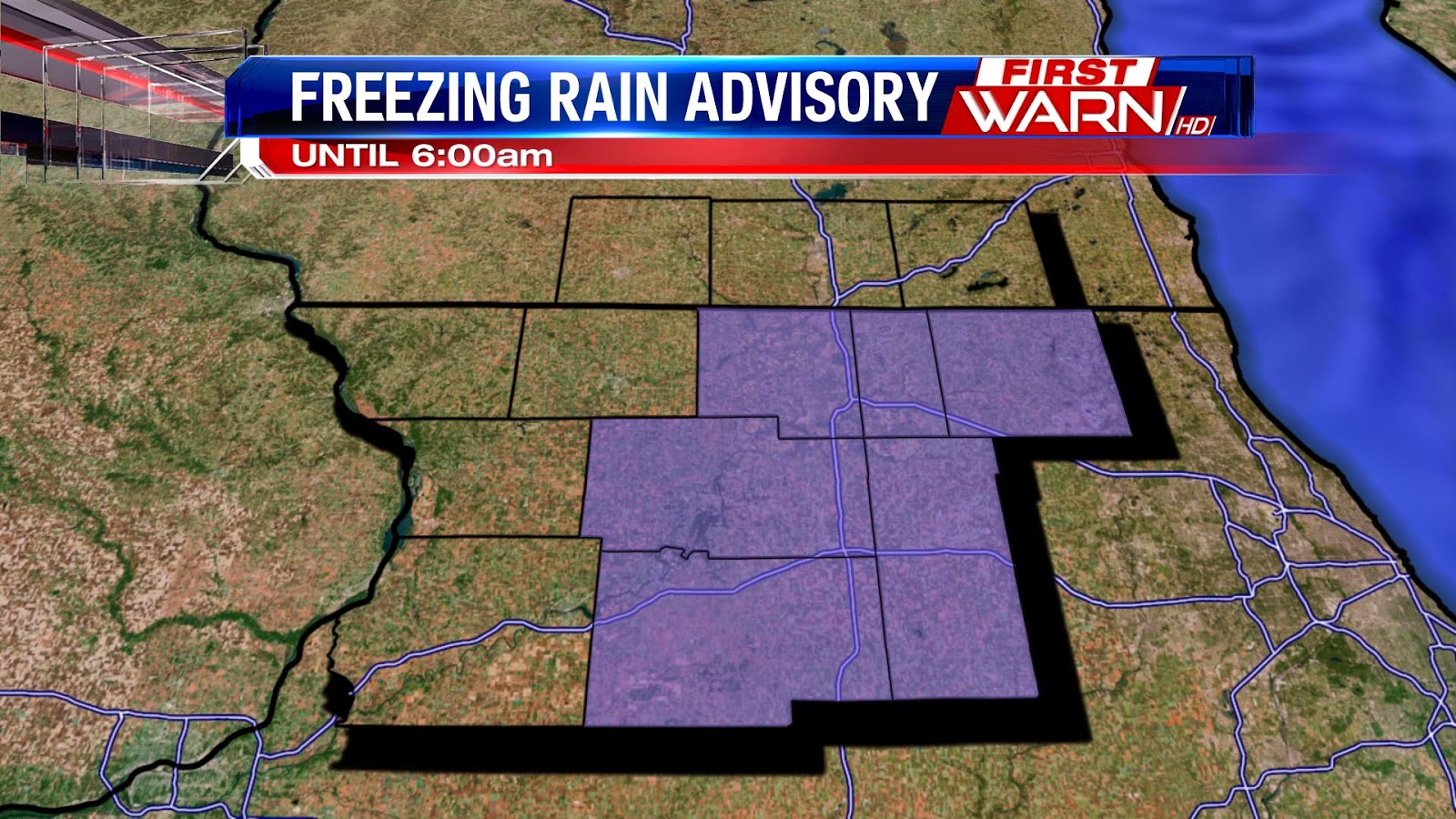 The National Weather Service has issued a Freezing Rain Advisory through 6:00am Tuesday for most of northern Illinois, but everyone in the Stateline will see the threat for icy roadways during that time. A few slick spots will still be possible for the Tuesday morning commute, but overall, conditions should be much better.

We have already received multiple reports of cars going off the road on US-64 near DeKalb and minor fender benders across the entire viewing area. Aquin vs. Pearl City Girls Basketball has been canceled for Monday night. If we get any other closings, we'll update you here.
Posted by First Warn Weather at 6:45 PM