Here are a few photos taken from around the area as the snow was coming down:

Near whiteout conditions will be very common as the snow comes down, especially in the open areas.  We've got zero visibility on our SkyCam in downtown Rockford.

The Winter Weather Advisory continues until 9pm this evening. 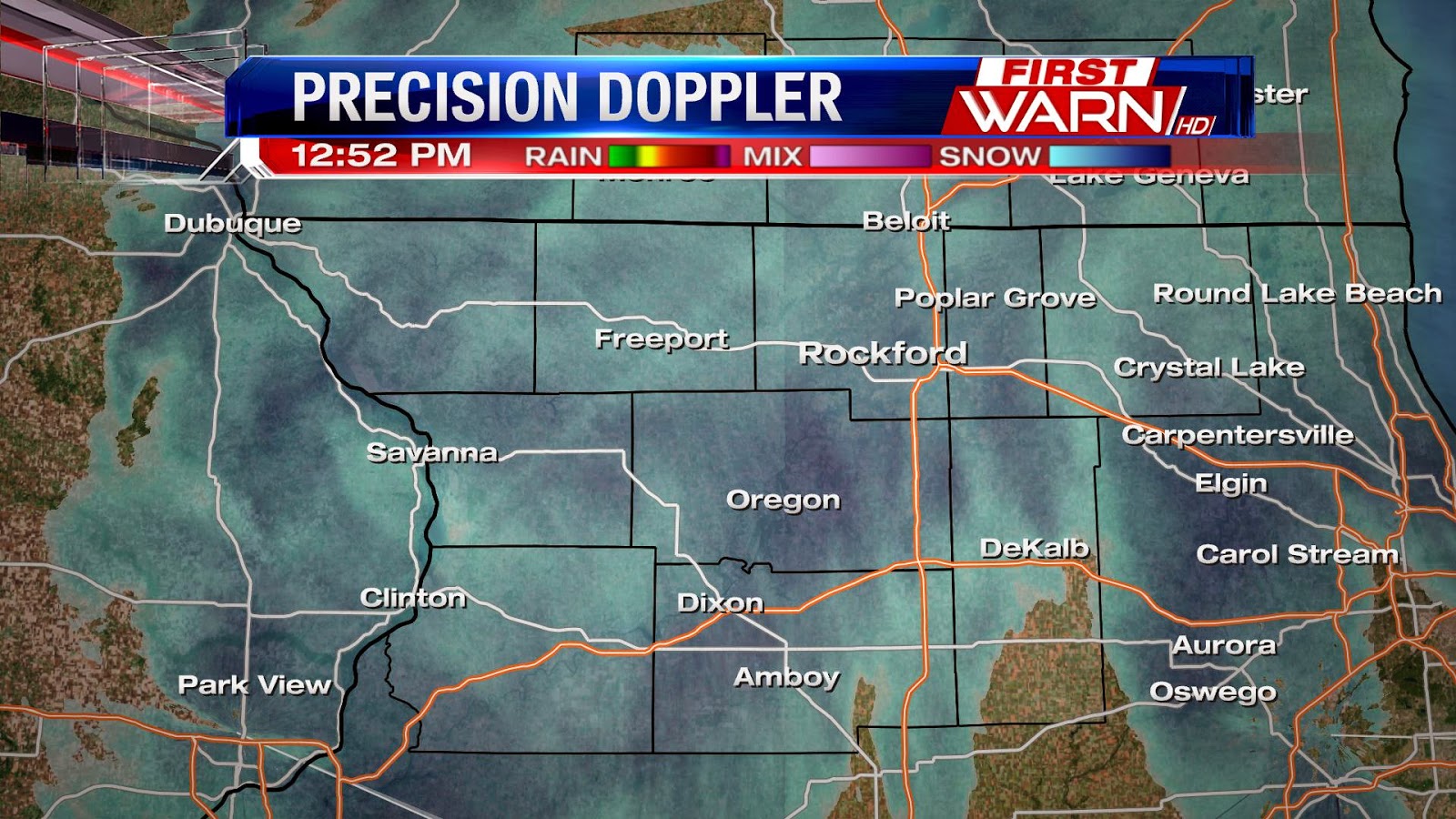 Winds continue to gust in from the south around 30-35 mph.  Heavier bursts of snow have caused visibility to drop near a quarter mile in some locations with near whiteout conditions in open areas.  First Warn Weather Watcher Beth in Shannon, IL reported heavy snow with zero visibility around 12:30pm.  Again, snow totals are not going to be much, between 1" to 3", but the wind will keep the blowing snow threat going into the evening. 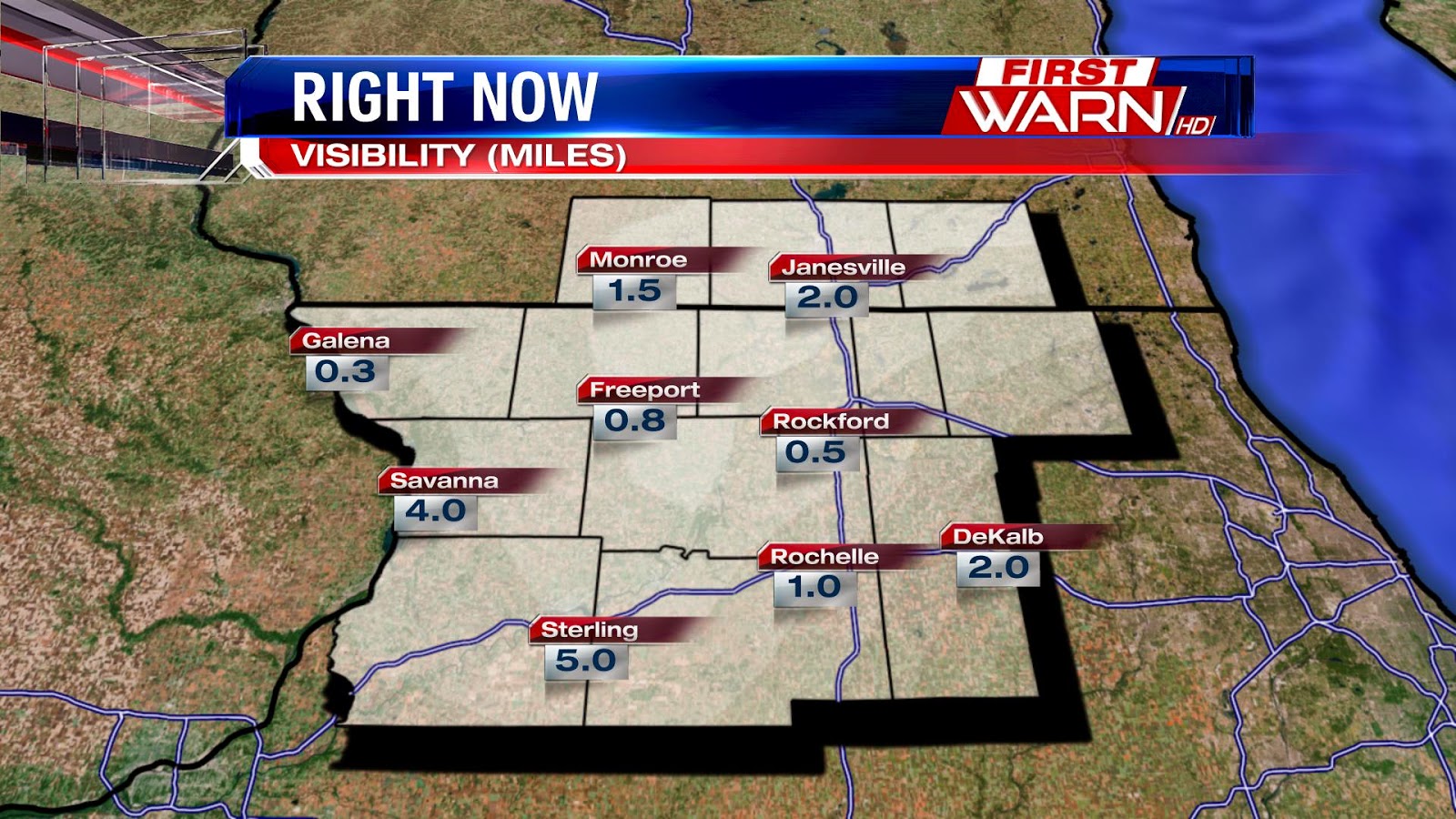 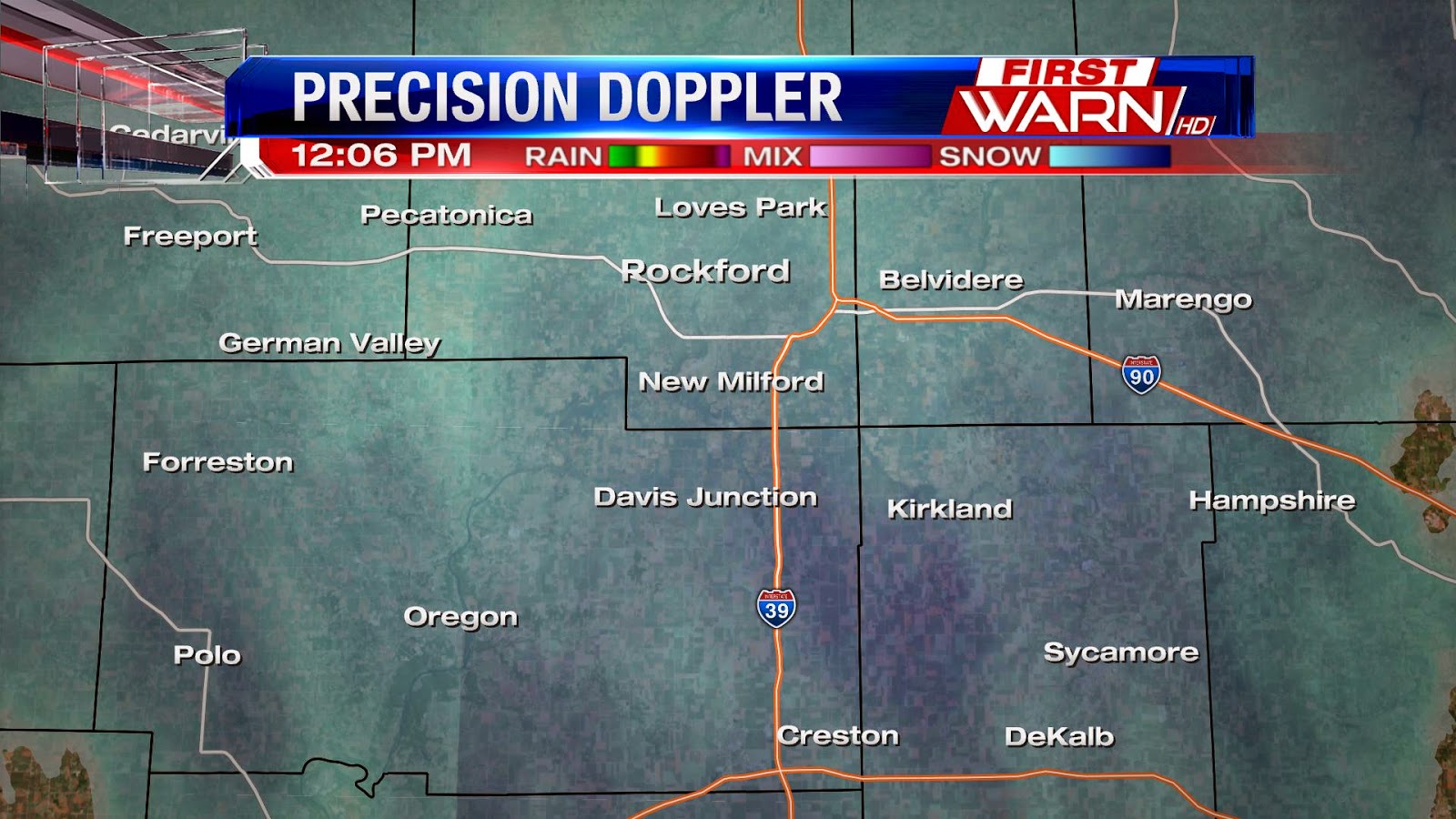 12:10pm: Visibility down to about a quarter to half a mile in many locations in N. IL and S. WI.  Heaviest of the snow is south of Rockford, but the south winds gusting near 30 mph makes it tough to travel & see on the roads.

Update:  Getting some reports of where the snow is currently falling, it's falling fairly heavy reducing visibility.  Reports coming in from Freeport, to Pearl City and out towards Shannon.


A fast moving, but fairly strong, clipper has already brought snow in Wisconsin and Illinois and will continue to do so through the afternoon and evening. 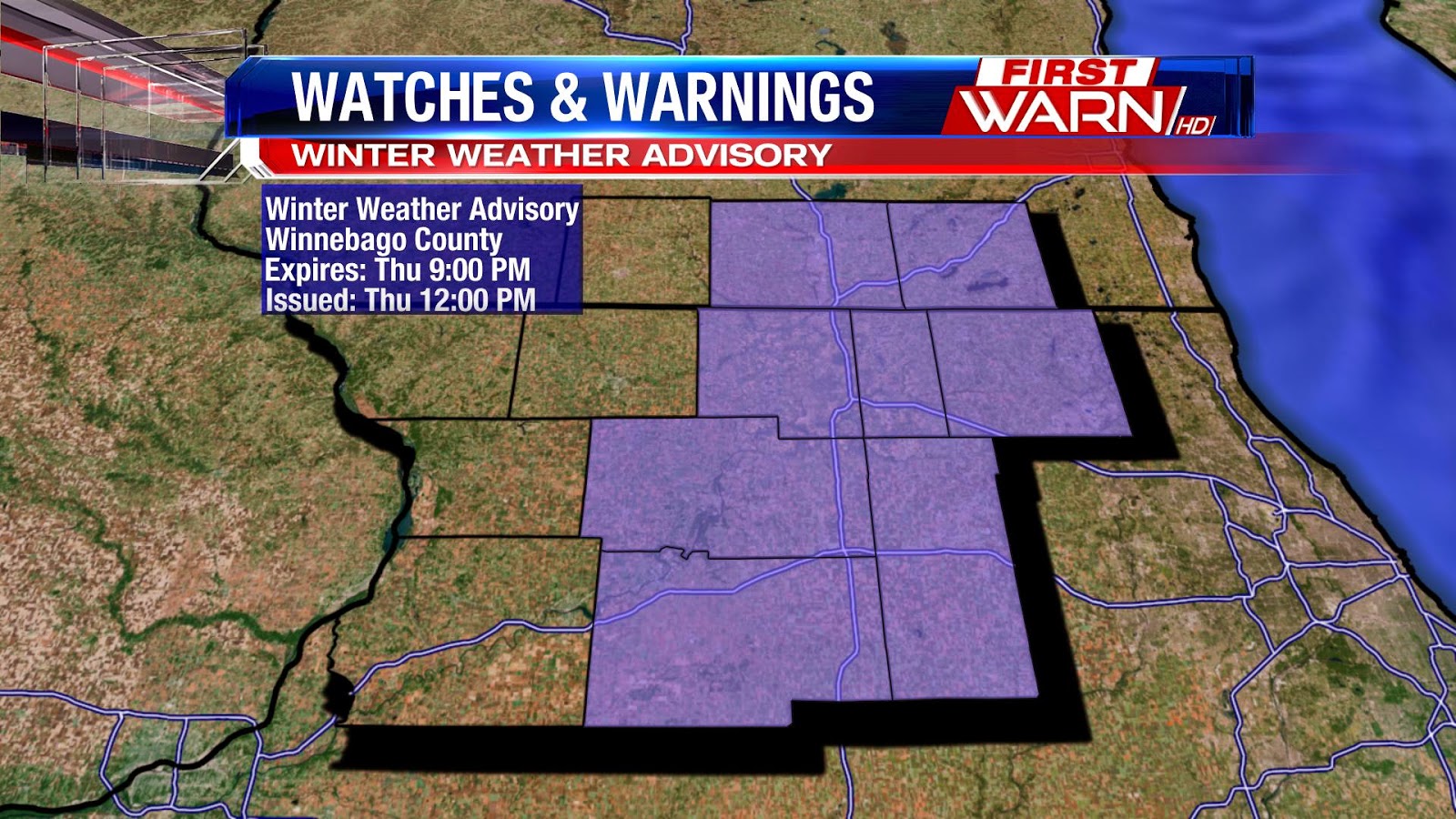 A Winter Weather Advisory will go into effect at Noon today for Rock & Walworth counties in southern Wisconsin, and for Winnebago, Boone, McHenry, Ogle, Lee and DeKalb counties in northern Illinois. 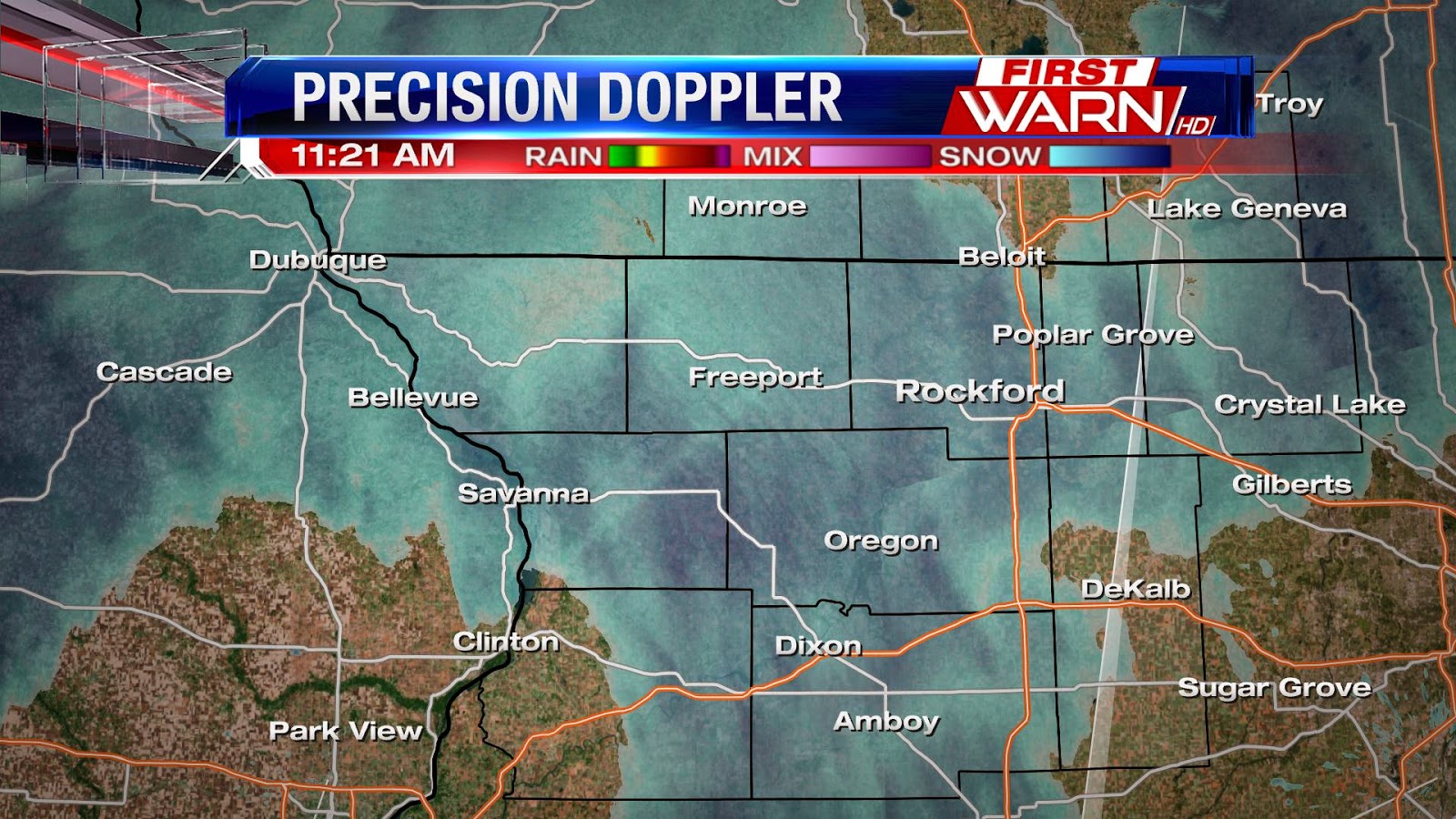 The snow has already started to fall, and with an increasing wind from the southwest gusting to 30 mph, the visibility has dropped to half a mile in a few locations.  Snowfall amounts will range anywhere from 1" to 3", with higher amounts found near the state line.  So, while it's not a major snow event, the increasing wind - as Brandon Arnold discussed in a previous post - has and will continue to cause some problems on the roads.  The snow will be very fluffy which will allow it to blow around fairly quickly and with such cold temperatures at the surface, roadways will quickly become snow covered and slick into the afternoon.  The snow and wind will continue through the evening with skies clearing by Friday.
Posted by First Warn Weather at 11:22 AM