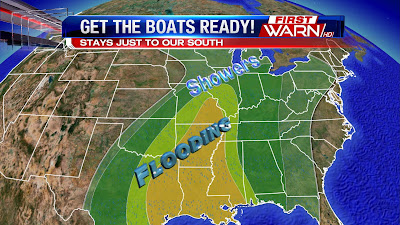 Friday was snowy, Saturday was cloudy, and Sunday will be mainly dry with milder temperatures. So what happens next in the ever-changing weather pattern across the Midwest? Well, the pattern will be turning unseasonably warm and wet, especially just to the south of the Stateline. The main zone of moisture will be from Texas and Louisiana to Arkansas and Missouri. Those areas will see multiple shots of moderate to heavy rain and thunderstorms, which could lead to flooding concerns. For us, the heavier rain will likely leave us alone. That is not to say we couldn't see some periods of moderate to heavy rain. Rather, it is saying the majority of our rainfall will be light and scattered in nature. 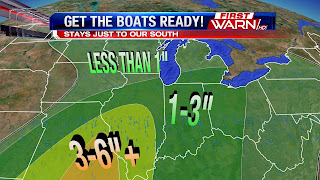 In fact, totals in the Stateline will likely remain below 1" through next Friday, with our southern counties--Lee, Ogle, Whiteside, DeKalb, Carroll--possibly seeing slightly higher totals. Notice how much rain locations from St. Louis and points south could see. Many regions down that way could see rainfall totals exceed 6". The reason for the upcoming active pattern and consequential heavy rainfall is an active jet stream that will lift well to the north next week. In other words, a ridge will engulf the eastern half of the country, which means an influx of much warmer air in addition to the rain. 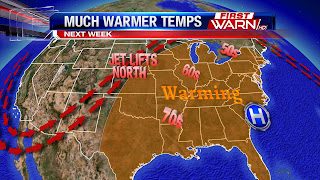 Temperatures in Northern Illinois and Southern Wisconsin will eclipse the 50° mark each day next week, with the lone possible exception being tomorrow for our northern locations. The thermometer will likely read 60°-plus on Tuesday for just about everyone. That will likely be the warmest day of the next seven. With the warmer temperatures comes strong southwesterly winds Sunday, Monday and Tuesday. Winds could gust to 20-35 MPH at just about any time during that 3-day stretch. 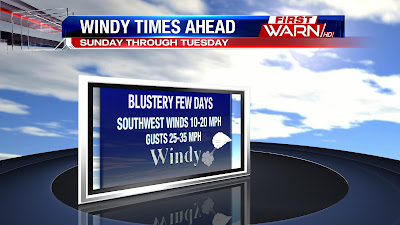