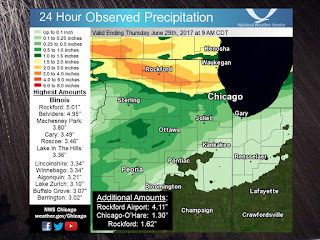 Impressive rainfall totals from Wednesday evening with many residents reporting anywhere from two, up to six inches of rain!  Flash flooding quickly took place in Stephenson, Winnebago and Boone counties.  Even northern DeKalb county had significant flooding in farm fields and ditches. 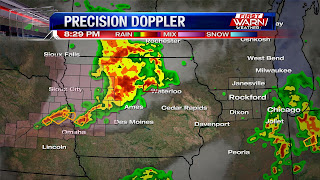 There was a round of non-severe showers and thunderstorms that moved through northern Illinois earlier Thursday evening, but the radar is fairly quiet now.  Showers and thunderstorms back west over north-central Iowa need to be monitored for any continued movement east tonight.  Severe weather has been occurring with these storms, but they should begin to weaken as they move further into Iowa before eventually getting into northwest Illinois.  If this cluster of storms were to hold together they would arrive after Midnight.

The flooding rain from Wednesday has caused local rivers and creeks to either reach flood stage or spill out of their banks.  Both the Kishwaukee and Rock Rivers have either a Flood Advisory or Flood Warning for them through the end of the week. 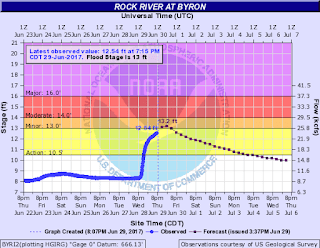 The Rock River in Byron has come very close to flood stage with a current river level of 12.54 feet.  Minor flood stage is 13 feet.  Current forecasts have the river cresting just a little over 13 feet by Friday morning before heading back down by the weekend. 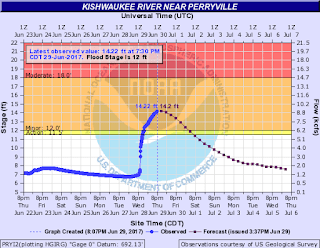 The Kishwaukee River has reached minor flood stage, but is expected to recede heading into Friday - pending any additional rainfall. 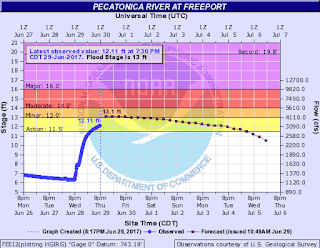 The Pecatonica River in Freeport is also expected to crest at minor flood stage either late tonight or Friday morning, before receding into early next week.